Here is Vol.1 about Malay/ Indonesian

What made you take courses in a language other than English?

I took a language other than English because I thought that speaking an additional language would be my strength in the future. I felt that being able to speak English had become common in society. I thought of it as a weapon I could yeild when I went out into the world. I started studying Korean after I entered university. However, when I joined the Korean class, I found that there were many students who had previously studied Korean and had some basic knowledge. While I was practicing expressions that I had learned in class, there were students who were able to use expressions that I had not yet learned. It was an environment where there was a difference in language ability among the students, but I thought these differences were unavoidable, and so I concentrated on what I needed to study.

Why did you decide to continue taking courses in Korean?

First, one of the main reasons I continued taking courses was the opportunity to actually use Korean outside of the class. At the time I was taking Korean I, I was living in AP House. My floor mates in the rooms on both sides of mine were Korean. I had a lot of opportunities to talk with them, so it was an environment where I could immediately practice Korean that I learned. I began to have aspirations to be able to speak more Korean in conversations. Another reasons why I continued taking courses was the interesting content of the class. I enjoyed it because I could learn about the culture while learning the language. Outside of class, in addition to speaking Korean with friends I also watched Korean dramas. I started by listening to Korean with Japanese subtitles so as to not get tired. As I continued to learn the language, I gradually began to catch words and grammar that I knew more often. 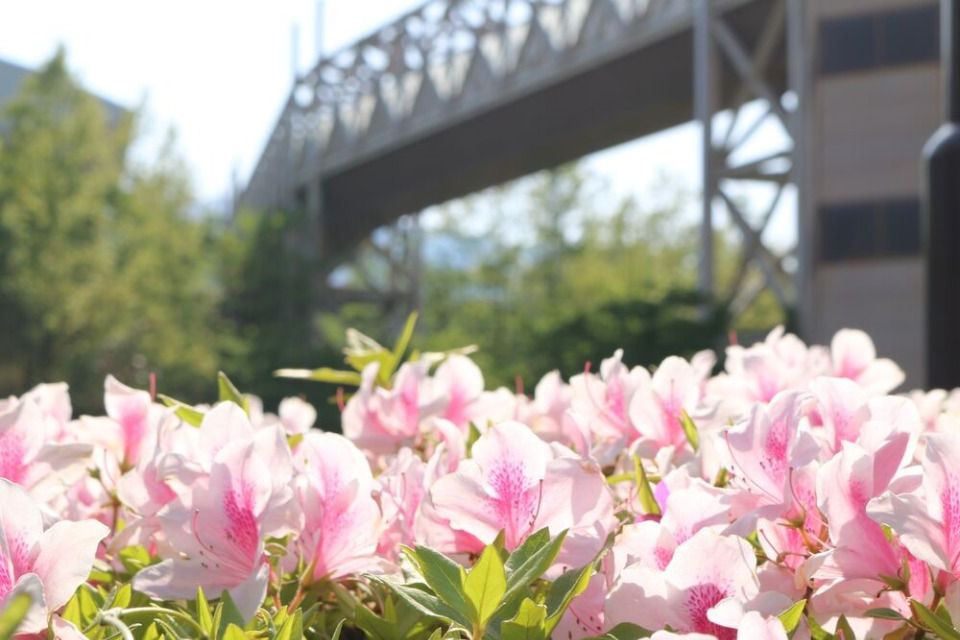 How did you maintain your motivation to learn Korean?

My motivation was driven by opportunities to actually use Korean. There were moments I felt a sense of accomplishment when I was able to use new words, and when I could not express what I wanted to convey well, I felt the ambition to try using the grammar again. The moment I was able to communicate using grammar and expressions that I could not last time, I felt successful and motivated to continue studying. I continued thinking "I will use this expression next time!” and “I want to know how to express this feeling!” Comparing the process of acquiring language to playing an RPG game, the higher the level I became, the more skills I was able to use. In particular, one of my goals was to speak with people whose first language was Korean, and I maintained my motivation by working on small targets that led to achieving my objective. I started to use Korean in daily life with simple conversations, greetings and self-introductions. For example, in the kitchen of AP House, I tried to have a conversation by asking people what they were eating. In the process of learning languages, you might lose sight of your objective. It is important to have a purpose for what you want to achieve in the end, but also not to be too hard on yourself. I think making small goals one by one to get closer to your objective also helps you to learn languages.

What are tips to achieve the goal of learning a language?

Handling huge amounts of work in a short time helps me to learn Korean. Each person has their own method, but in my case, I found it easier to learn a language if I set a short period in advance and concentrate on studying. How I concentrated on studying language in a short period of time was by participating in the Korean Language Immersion Program after earning credits in Korean Ⅱ. There, I was conscious of using Korean even outside of the class. For example, when I had assignments to ask questions about language and culture in Korean, at first I asked friends in APU, but since they were studying Japanese, sometimes we started speaking Japanese in the middle of conversation. Thus, I started talking to the local people when I was studying at a cafe. Before entering the program, I was already conscious of practicing speaking, and I was prepared to use the expressions I learned in conversations outside of class soon as possible. When I visited Korea on the program, I was so concentrated on studying that I spent more time using Korean than Japanese. As a result of my efforts, my ability to speak Korean has increased dramatically. Before I joined the program, I had spent a lot of time thinking in advance about what to say each time. However, after participating in the program, I spent less time in my head and had many experiences being able to speak as I thought.

How much were you able to master the language?

I had been taking the course of Korean IV when I participated in a speech contest and already was comfortable with speaking Korean. I was able to give a presentation as usual as I had been speaking Korean in daily life. As a result, I was able to win the championship. Even now, a little while after completing courses, I have still maintained my ability to understand most daily conversations. Also, when I visited Korea as part of the“East Asia University Student's Peace and Human Rights Camp" after taking the course of Korean Ⅲ. I communicated in Korean and got closer to local students. It was an experience that I feel glad I studied Korean. Through studying Korean, I was encouraged to learn something I was interested in and succeeded in acquiring a certain amount of skill. Even today, if there is a field that interests me, I try to act first by conducting research and actually experiencing it. 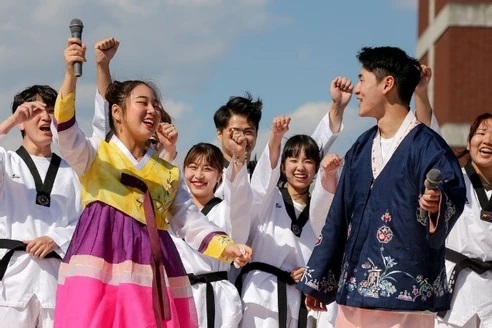 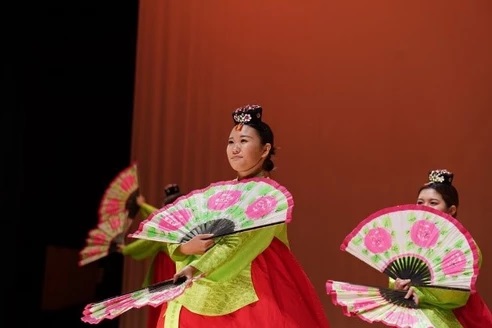 In my next article, I will interview a Chinese language learner. Please check it out.