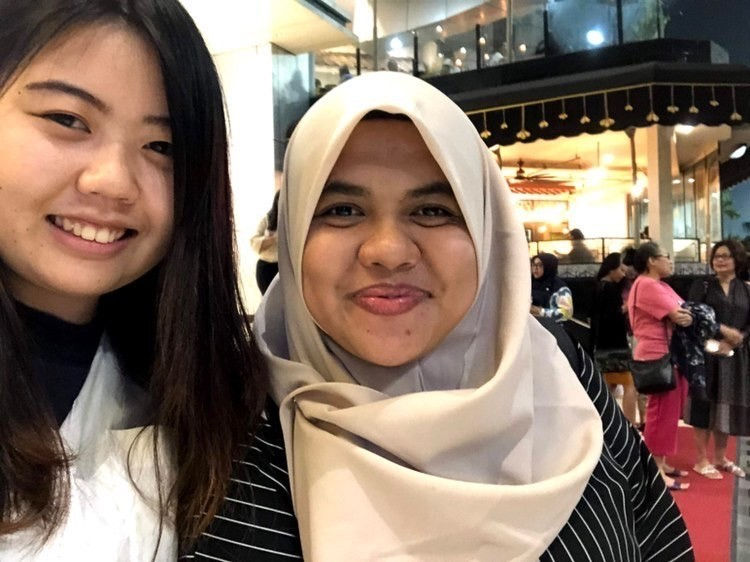 What made you want to take Malay / Indonesian?

It started from my experience at a part-time job at the Co-op Shop in APU. At the time, many of the friends I worked with were Indonesian, and sometimes I was the only Japanese among them. During our part-time job, I saw them talking so fast that it seemed they didn't even breathe, and I thought I want to understand what they are talking about. My experience of visiting Malaysia also motivated me to take courses. I've been taking courses continuously since I was in my 4th semester.

Do you have any tips for learning languages?

I tried to understand the language at the vocabulary level. The grammar of the language I studied is simple. In addition, there is no need to memorize completely different words depending on conjugations, and there is a rule that a word can be changed into a verb, noun, or other conjugations by just changing its front and back. Thus, by focusing on memorizing the key vocabulary, I was able to approach my goal of acquiring the language. In conversation tests, there were many interesting topics. In the Malay / Indonesian Ⅰ course, I performed a kamishibai(a picture-story show) of the Momotaro story. It is hard to answer questions on the spot during tests, so I think it is better to try to be able to answer with your own words instead of being passive from usual classes. Outside of the class, I tried to incorporate the language into my daily life in addition to my assignments. I read SNS posts, communicated in the language for about 30 minutes every day, and listened to conversations on the bus. When I was walking around town, I was conscious of language by practicing instantly translating in my mind whatever I saw. I think it's important not to think of the process of learning languages as studying.

So, how much were you able to speak the language?

In the process of learning the language, I became interested in actually visiting that country, and after earning my credits in Malay / Indonesian Ⅱ, I took a leave of absence from university and participated in an internship in Indonesia. While I was living in Indonesia, my language ability improved to the level that I could carry out conversations necessary for daily life such as calling a motorbike taxi. Also, during the internship, I was actually able to use the language I had learned when promoting projects and making sales. There were many people who were able to speak just after they completed Malay / Indonesian Ⅰ. If you are at all interested in the course, I think it's worth taking!

Were there any moments when you were glad to be able to speak the language?

It was when I was able to help people in trouble at my part-time job. I started to communicate and make friends after I helped them. During my stay in Indonesia, I was able to have conversations and become close with the local people by speaking Indonesian in addition to English. When you want to make friends with a foreigner, you can build deeper relationships by speaking not only English but also their first language. Furthermore, one srength I can leverage while job hunting, is being able to contributing to companies by understanding not only the language but also the culture. In the future, I would like to use my language skills to support foreigners who are interested in Japan or who are actually staying in here. Now, I am interested in continuing my language study by watching dramas and reading books. 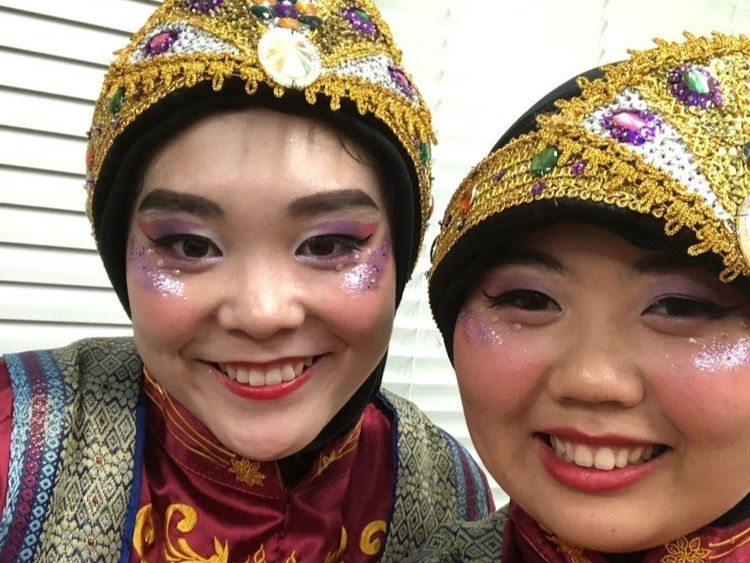 The next interview will be with a Korean learner.
Look forward to meeting us！