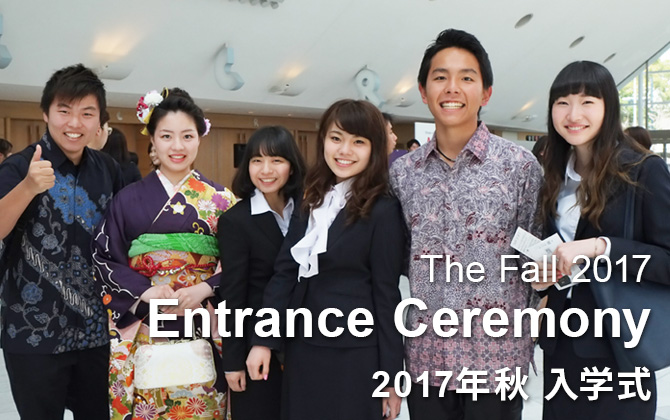 APU will hold the entrance ceremony for the 2017 fall semester at B-Con Plaza in Beppu City, Oita Prefecture on Monday, September 25, 2017. This semester the University will welcome new students to a student body unique in its mix of half domestic and half international students *.

The entrance ceremony is a day of celebration that marks the beginning of a new life in Beppu for students starting at APU. Current students will join the ceremony to give a range of performances, during the ceremony, including traditional music.

For friends, family, and other well-wishers unable to attend in person, the ceremony will be streamed on Facebook Live and Ustream (being August 1, 2018, playback via Ustream is no longer available).