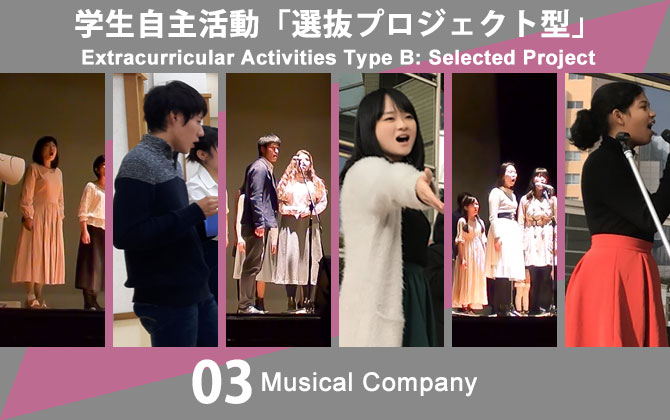 Performing with the People of Beppu

Musical Company is a student group formed with the goal of creating a musical with the cooperation of APU students and citizens of Beppu City. The executive committee members are mostly students who withdrew from the Kizuna club (a theater club that has performed musicals at APU for many years) to begin job hunting. After finishing their search, these students felt compelled to get re-involved in the creation of musicals, leading to the launch of the group.

The desire to “create musicals together with local people” was inherited from the Kizuna club, which last year successfully delivered a public performance of its own musical at Beppu City Public Hall, an event that was driven by the desire to expose the people of Beppu to the world of musicals. On this occasion, the Musical Company planned to actually create a musical with Beppu locals. 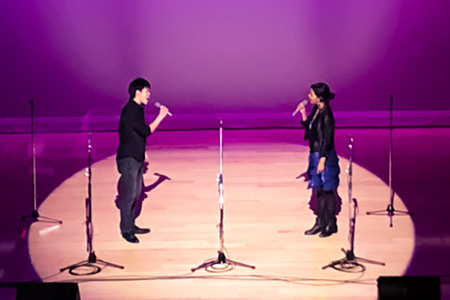 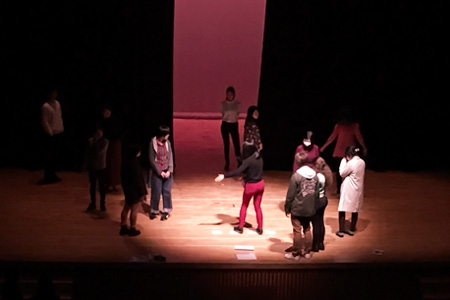 The First Auditions and Getting the People Involved

The musical selected for the experiment was Les Misérables, a work that has been performed all over the world. It was selected so a multinational team, including APU students, could get involved in a work cherished in countries around the world. The first public performance in English was scheduled for December 2, 2017, followed by a preview performance in Japanese at Beppu City Public Hall on January 7, 2018. The main Japanese public performance would take place at the same location on January 21.

The group started recruiting participants through the Beppu City Newsletter and event-related websites from August 2017. They assembled over 40 participants from a wide range of backgrounds (elementary school students to adults) prior to the first public performance. In addition to performers, the group also recruited people to perform backstage tasks. These included art-design staff to help with stage background and costume creation, and technical staff tasked with audio and lighting management.

As the key members of the group wish to involve as many people in the production as possible, they intend to keep recruiting participants until the final public performance. In addition, to ensure all participants can get involved at their own pace, the group has made it possible for both performers and backstage staff to participate in just one public performance and for performers to be cast in as little as one song. 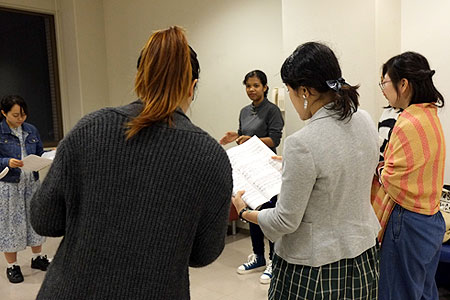 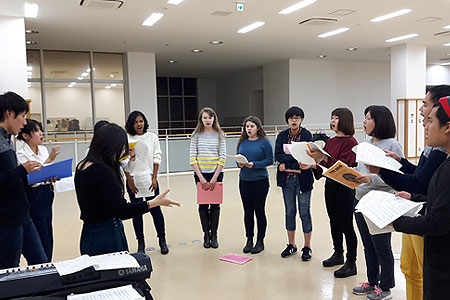 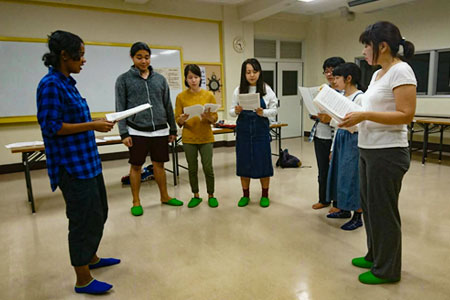 Creating the Musical Together

The objective behind the musical is not merely to successfully deliver public performances, but to promote interaction and exchange between Beppu citizens and APU students, and enjoy the art of musicals. The group has conducted four rehearsals per week since August 2017, and these sessions have created many opportunities for cooperation among local participants and APU students.

To respond to the passion of the participants, who were giving up precious free time after a day at school or work to attend rehearsals, the key members of the group worked hard to organize high-quality rehearsals utilizing their experience accumulated at the Kizuna club. On many occasions, they also received advice on rehearsal methods and other aspects from participants with experience in music or theater. Another outcome was that performers in the English public performance and APU international students performing in the Japanese public performance supported each other through language learning. 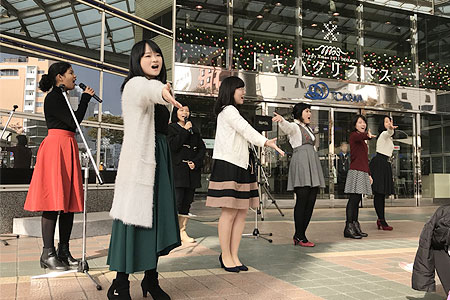 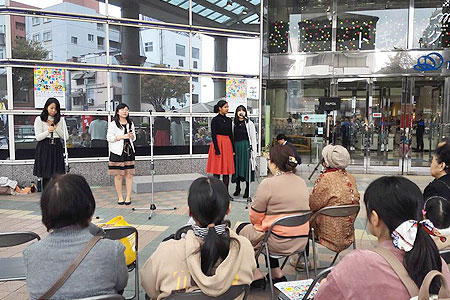 Toward the Main Performance

In addition to regular rehearsals, the group participated in the Halloween Event held in Beppu City in October, and in November’s Beppu Art Month, a community cultural festival organized each year in the fall, performing several songs of Les Misérables that were still being rehearsed. By participating in these local events, the group promoted the musical to a larger number of people.

The Culmination of Hard Work

The initial public performance held on December 7 was attended by an audience of 200 people from APU and elsewhere. Each song concluded with a major round of applause, and some people were even moved to tears. Following the public performance, impressions from the audience included “The performance was so amazing it is hard to believe it was created by students and people from Beppu,” and “Although I did not really understand everything because it was in English, the actors delivered a heartfelt performance and achieved an emotional connection with the audience.”

Reflecting on the initial performance, key members of the group provided the following comment: “Although we only managed to staff all positions the day before the event, we were able to deliver an exceptional performance. We are truly grateful to all participants who, despite their busy schedules, joined the rehearsals for the English public performance over four months, which is a relative short time.” 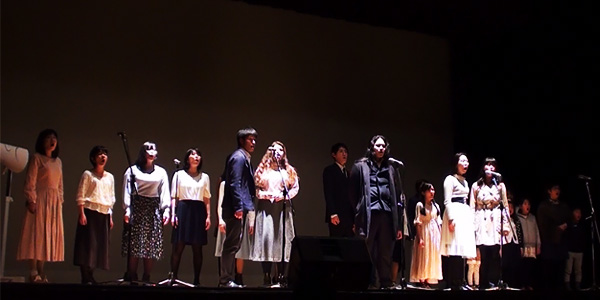