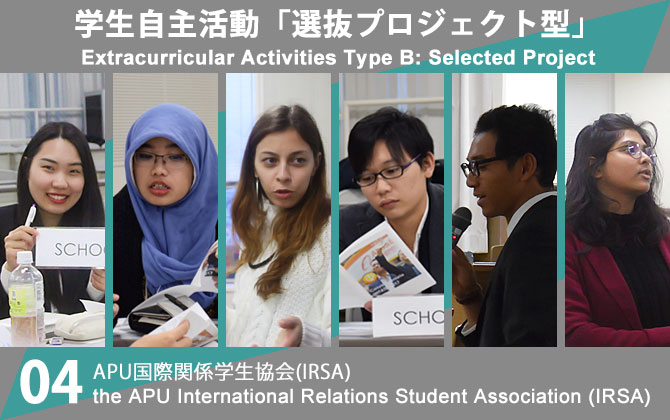 APU-INITIATE is an event in which the participants portray representatives of organizations and countries, engage in negotiations regarding international social problems and simulate the negotiations until an agreement is reached. In order to polish the skills that they learned in class, IRSA held a two-day event at APU on December 16th and 17th. The event was composed of three sections. During the Workshop and Training section, students practiced negotiation methods and how to compose written agreements. The Casual Scenario of the second section had the students negotiate and conclude an agreement in a setting that allowed for experimentation. Finally, the Semi-fictional Scenario saw the students tackle issues which required more specialized knowledge than the previous section. 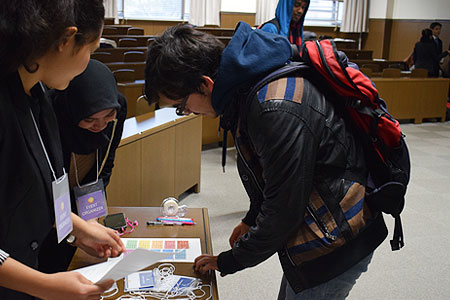 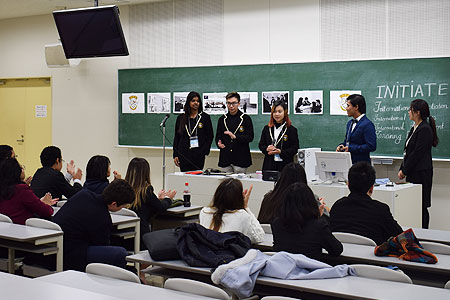 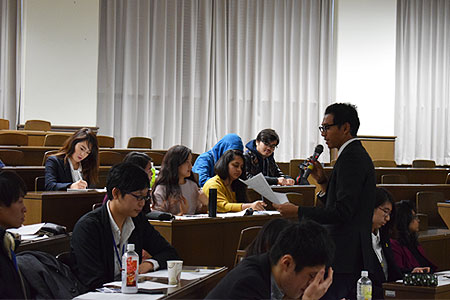 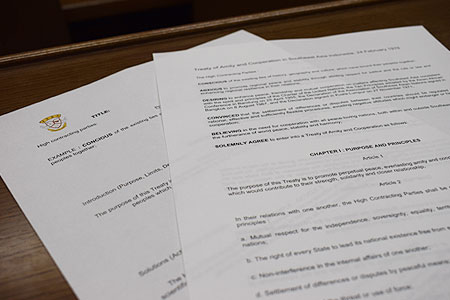 In hosting this event, IRSA invited not only APU students, they welcomed participants from outside the university. They did this in the belief that interacting with students from an environment other than APU would allow everyone to share their unique knowledge and experiences to learn from each other.
As a result of their efforts, students from Tsukuba University, Ryukoku University, and the Kobe City University of Foreign Studies participated in the event for a grand total of 40 students from 17 countries and regions.

During the Workshop and Training of the first section, APU alumnus Aditya Auliya Rahman, currently studying as a graduate student at Sophia University, was invited to lecture about negotiation methods and how to compose written agreements. After the lecture, students were assigned a unique mockup scenario: the use of spoons are forbidden in a country. They were divided into groups to practice negotiating as the representatives of the spoon industry association and a governmental organization from the country where spoons are forbidden.

The scenarios differed during the second and third sections, but the negotiations were conducted in the same way.

First, each team spoke for ten minutes about the topic. Next, they fielded questions before moving on to strategy formulation and negotiations. During the negotiations, each team was allowed to operate freely while observing the other side’s response. 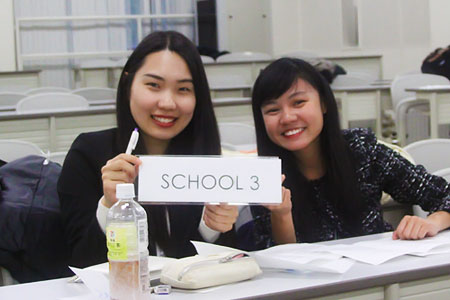 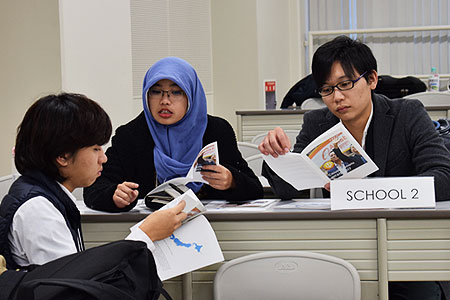 The scenario for the second section involved a global social enterprise startup event scheduled to be hosted in Japan. Five universities were selected from around the country to cooperate in hosting the event, but the representatives of each university negotiated to determine which university would act as the main host. The scenario included information such as the number of students at each university and their past award history, which the participants used to compete in the negotiations. 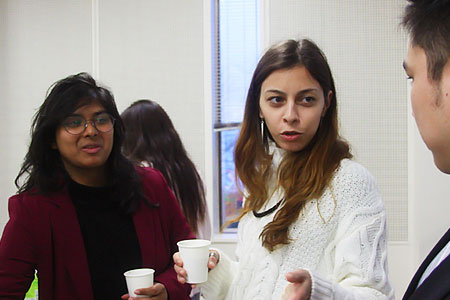 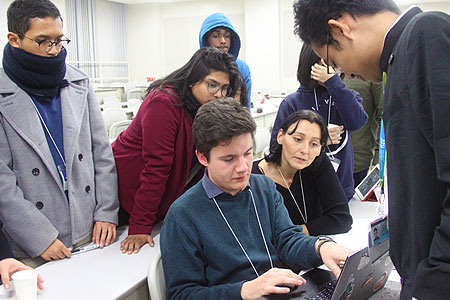 The Semi-fictional Scenario required the students to use their knowledge of diplomacy and international relations to engage in the negotiations. In the topic issued for this scenario, a new virus which turns infected people into zombies is rapidly spreading throughout a region. Acting as the representatives from the country where the virus is spreading, other neighboring countries, and the World Health Organization, the students discussed the role that each group should play to control the situation and summarized the terms in an agreement.

All of the scenarios were original situations created by IRSA members. While the scenarios are all fictional, they were based on real examples, and the IRSA members in charge of creating them researched real world social problems and issues to include in the scenarios.

Because the main objective of this event was for each team to guide the discussion to a goal that they could agree on, rather than achieve dominance in the negotiations, the teams were not ranked or scored as winners and losers. Participants were instead given awards for playing a particularly outstanding role in the negotiations. During the event, participating students from the Kobe City University of Foreign Studies and Tsukuba University were chosen as the top negotiators. Two students from APU also received special awards. While this was a new experiment at APU, many participants commented that they are looking forward to next year’s event, and APU-INITIATE turned out to be a huge success.