The Japan Korea Next Generation Academic Forum 11th Academic Conference was held on the APU Campus on Saturday, June 28, 2014. Approximately 230 Japanese and Korean academics composed primarily of researchers and graduate students (Master and PhD students) from various academic fields who are affiliated with a graduate school program in the Social Sciences and Humanities gathered for this event. Nine section meetings were held during which students would present on their research topic and then open the floor up for opinion exchange and discussion. 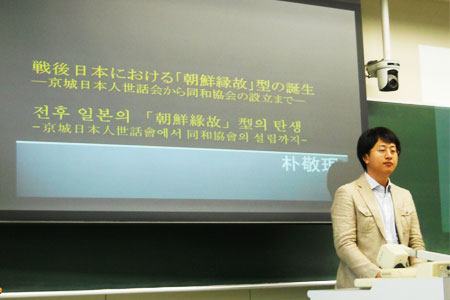 Honorary guests from Dongseo University, the supervising body of the Forum, included Dongseo University President Chang who met with APU President Korenaga for a discussion which included the topics of Japan-Korea relations and the necessity for cooperation in all areas from here on which concluded a successful conference.