In 2022, Thai Week was held from Monday, July 11 to Friday, July 15. At APU, where students from more than 90 countries and regions gather, students play a central role in conducting Multicultural Weeks, which introduce diverse cultures and languages of campus. Multicultural Weeks were annual events at APU, but COVID-19 has prevented the university from holding these events on the same scale in recent years. This time, for the first time in about three years, face-to-face Thai Week was realized after taking infection control measures on campus.

On the first day, a parade was held in front of the fountain. The large group of students who gathered on this sunny day were entranced by traditional Thai clothing and dance. During the week, a haunted house with monsters specific to Thailand as well as a game booth were set up. Then, as the finale, students performed their Grand Show, which entertained the crowd with comedy and dancing, at Millennium Hall. You can view the livestream of the show archived on both YouTube and Facebook.

APU was treated to the unique charms of Thailand’s culture throughout this week. The next Multicultural Week will be Indonesia Week which is planned for November. 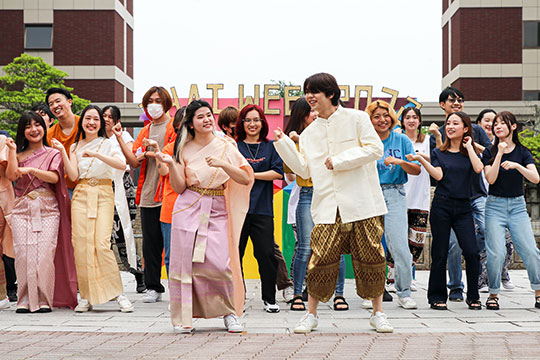 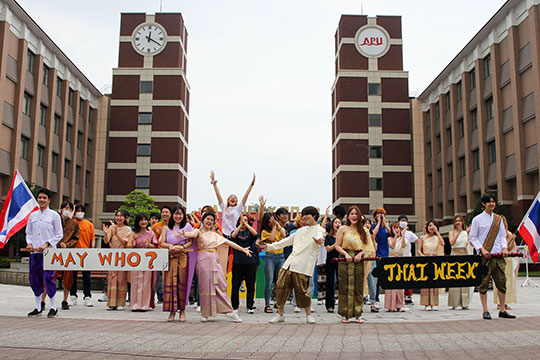 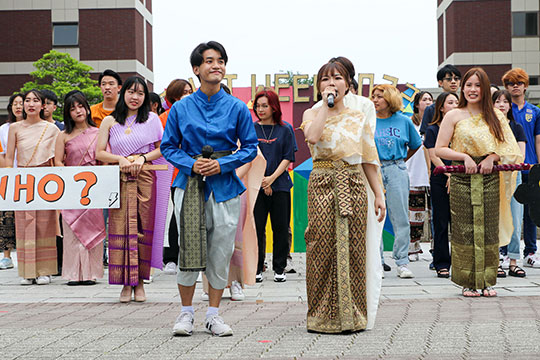 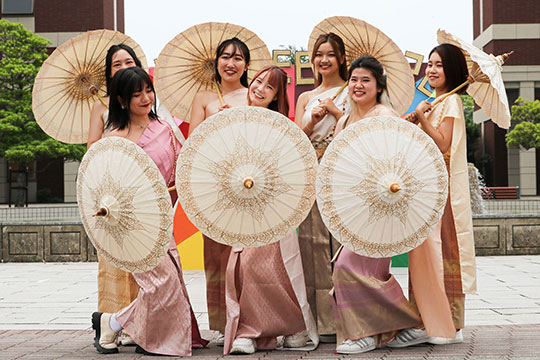 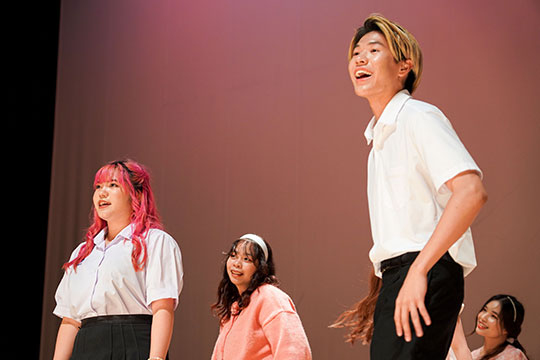 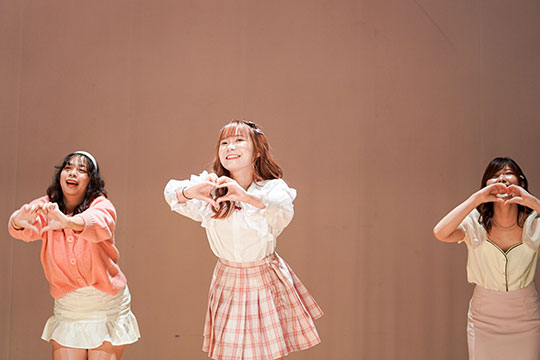 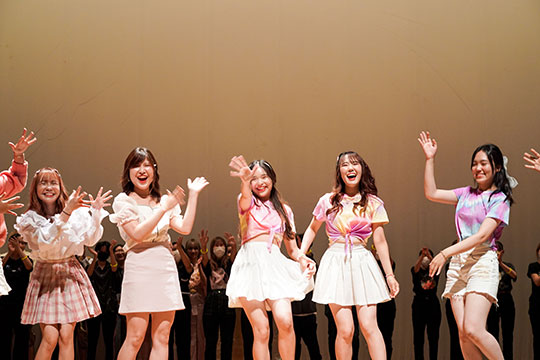 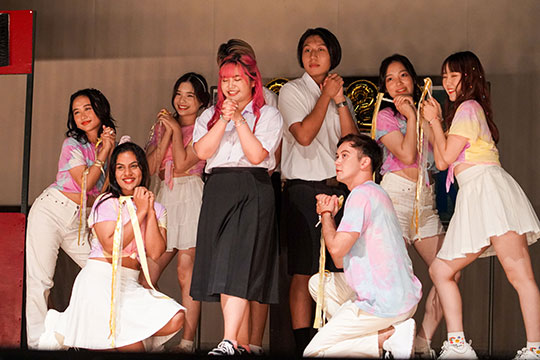 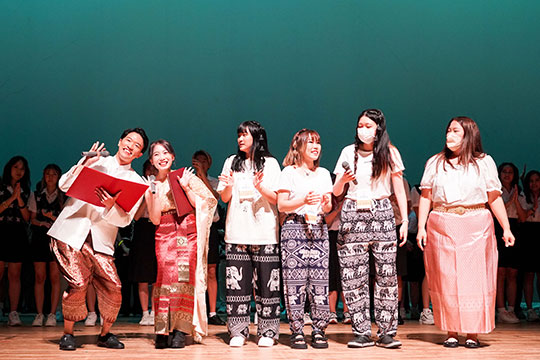 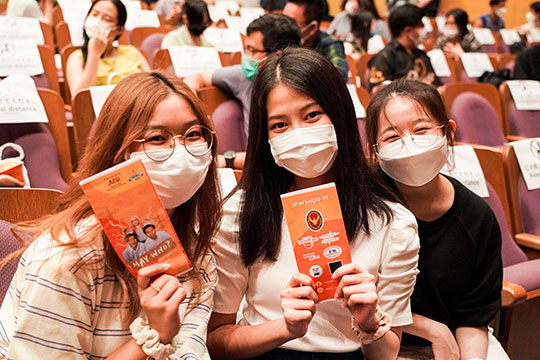