In 2002, a total of 339 students from 81 universities, consisting of 60 students from 58 universities in 25 different nations and regions; in addition to 279 students from 23 universities across Japan assembled at APU for the World Students' Summit. Active discussions were held on the theme of "The Role of Students and Youth: How can We Establish Human Security and Sustainable Development on Earth" in a program hosted jointly by the United Nations University, Ritsumeikan University and APU. In 2003, the National University of Singapore hosted a second Summit around the theme of "New Strategies for Youth to Work Towards Alleviating Current Global Issues." 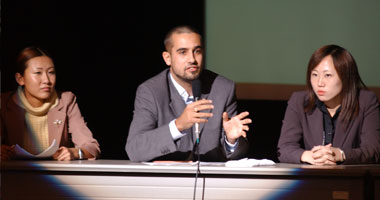 This year's Summit will be hosted jointly by APU, Oita Prefecture and Beppu City, and will encompass the theme of "Towards the Future of Tourism – Dynamic, Sustainable, and Boundless." The Summit is being promoted to people in the tourism industry, and it is anticipated that over 1000 participants including key figures in tourism and about 300 students from Japan and overseas will take part.

In addition to activities on the APU campus, the Summit is also scheduled to include a Caravan Tour that will tour Kyushu and engage in exchange with local communities. This tour will be held in close cooperation with individual prefectural governments on the island through the auspices of the recently-established Kyushu Tourism Promotion Organization.

At the joint press conference held on April 27 by APU, Oita Prefecture and Beppu City, APU Vice President HAYASHI Kentaro discussed the significance of the Summit: "I feel that this year's Summit, on the theme of tourism, is significant because it not only allows us to learn from regional society, but also to contribute to it. We want to make it a Summit for the local community and fully utilize the results born through this cooperative effort by APU, Oita Prefecture and Beppu City."

The Summit will be held from November 8 till November 15 commencing with the Kyushu Caravan Tour followed by events in Beppu from November 11. Along with the Tourism Summit, Beppu City plans to hold other events which aim to promote exchange with people across the nation, and thereby contributing to the success of this summit. 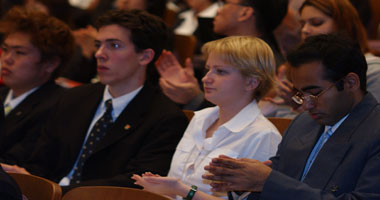