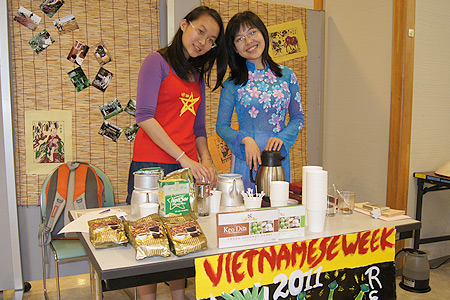 The second installment, “Vietnamese Week”, kicked off on Monday June 13 and will run until Friday 17. During the week, a number of colourful events will put the spotlight on the unique Vietnamese culture and language.

The five-day event will feature a range of music and dance programs including an opening event, dance party and mini-concert. A special range of exotic and traditional Vietnamese dishes will be available at the Cafeteria for a limited time at very reasonable prices.

Held on the final day of the week, the “Grand Show” will feature a variety of Vietnamese folk stories and other aspects of Vietnamese culture through traditional martial arts, a fashion show, and much more. As a special feature of the event, 116 year-five students from Ritsumeikan Primary School will accompany the performers for a joint rendition of a Vietnamese folk song.

The Schedule for Vietnamese Week

Streaming .TV shows by Ustream
Since AY2011, APU has been streaming a range of campus events including the entrance and graduation ceremonies, and major cultural events as a way of introducing the unique multicultural and multilingual campus to a wider audience. 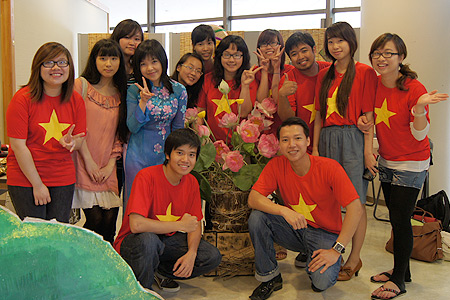