With students from over 80 different countries and regions around the world at APU, 'Multicultural Weeks' are held to introduce the languages and cultures of this diverse range of countries. APU's Fall semester Multicultural Week program concludes with "India Week", which began on Tuesday 15th January. 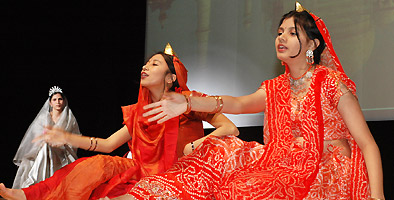 The schedule for India Week is as follows: