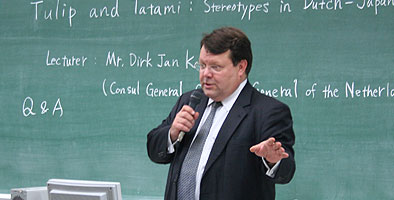 Mr. KOP came to Oita Prefecture to attend the "The Netherland Crown Prince Cup Keirin" held at the Beppu Keirin velodrome on the same day. He took time out of his busy official duties to come to APU and enjoyed a friendly talk with Vice President YAKUSHIJI Kimio and Vice President Malcolm COOPER before his lecture. 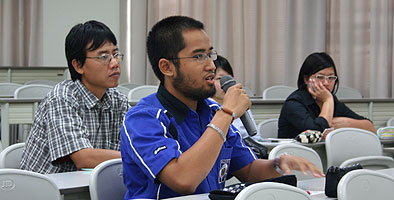