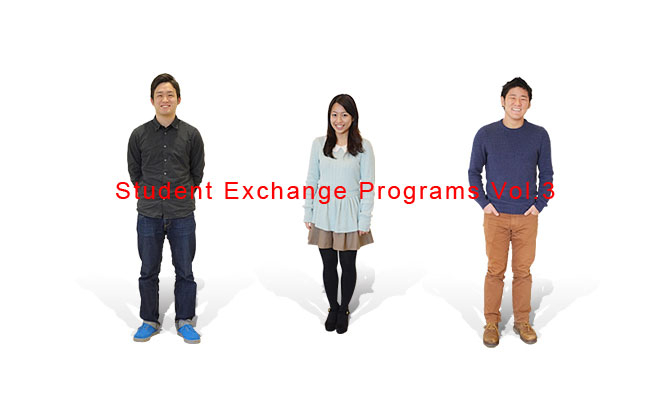 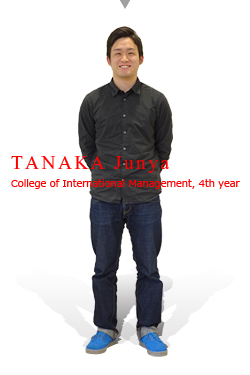 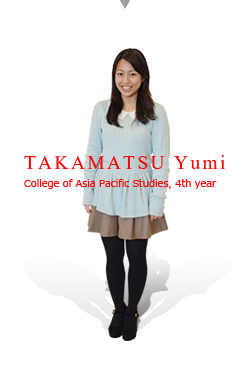 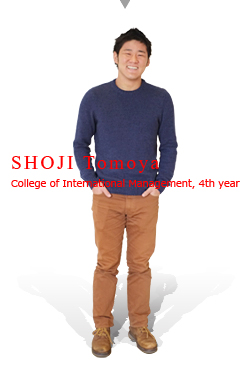 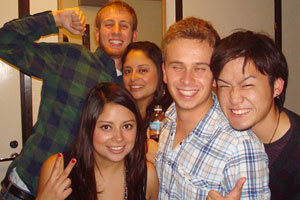 I always wanted to work overseas, so I went on study abroad to test my skills.

I always wanted to work overseas and test myself on the global stage, so study abroad was the perfect opportunity to test my limits. I figured if I was going to study outside of Japan anyway, I should choose somewhere far away, so I went to Sweden.
I majored in migration studies at my host institution. There was a lot of homework. Every week, I had to read 200 pages and submit essays. In class, I engaged in heated discussions with my classmates. I was often amazed by how smart my classmates were, but I never gave up. I read relevant books and brushed on my history to supplement my knowledge. My experiences on study abroad helped me reaffirm my dream of wanting to work in a global environment. 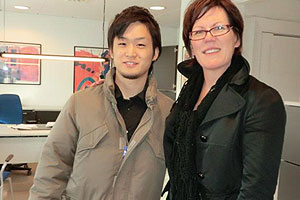 I went to the UK to study with adult learners.
Frustration with my skills drove me to obtain certifications.

I had been thinking about my career search every since my freshman year because I didn't want to get left behind.
After my exchange program ended, I decided to study abroad in the UK to see if I could keep up with adult learners.
I was the only university student in my class. I studied hard to obtain business English and project management certifications. While I could understand the English being spoken in the discussions classes, I was unable to provide any input since I had very little real world experience. I was frustrated that I couldn't hold my own among the older students on the program, but this motivated me to try even harder, and in the end, I obtained two certifications. 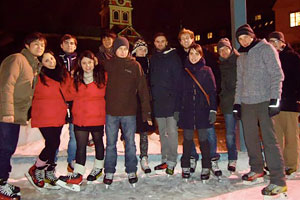 My global experience and my determination landed me a job offer.

After returning to Japan, I still wanted to work overseas, so I participated in an internship at a foreign-owned company that was arranged by the Career Office. I was interested in the company, so I worked as hard as possible, making sure I didn't miss any opportunities. Later, I attended the company's information session. The company was impressed with my experiences on study abroad and my hard work on the internship and gave me a job offer.

Study abroad is not for everyone. If you really want to study overseas, you have to work very hard and take advantage of the opportunities that come your way. Be strict with yourself and never give up until you realize your dream. 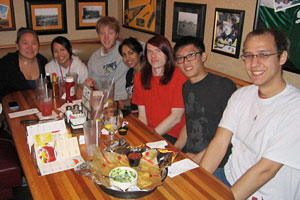 I wanted to be able to understand all of my classes in English.

I went on study abroad in high school, but the program focused on intercultural experience rather than language study. Before I even entered APU, I had already decided to go on study abroad because I wanted to be able to understand all of my classes in English.
I was particularly interested in studying TESL (Teaching English as a Second Language). I chose my host university based not only on its TESL curriculum, but also because I could study subjects like educational philosophy, anthropology and philosophy. For my TESL classes, I recorded my friends speaking and analyzed the differences in grammar and pronunciation. Using this information, I proposed teaching plans tailored to their respective needs. It was time-consuming work that required extreme concentration, but I really enjoyed it. 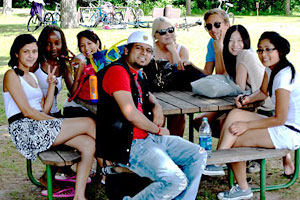 I began my job search as soon as I got back to Japan.
My experience abroad helped me score well on the TOEIC.

I began my job search as soon as I got back to Japan. I joined a Career Office workshop for students who had been on exchange and learned how to leverage my experience in the job search. I decided to take the TOEIC to confirm the effectiveness of my study abroad program. My score was 100 points higher than before I left Japan, which gave me a real sense of achievement.
After that, I attended several information sessions held by globally active companies. When I encountered the hotel industry, I realized I could use my experience abroad and the skills I learned at APU to provide services to guests with different cultures, religions and languages, so I was determined to secure a job with a hotel. 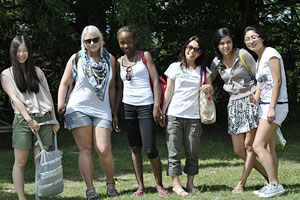 My study abroad experience was a good selling point, and it helped me handle English interviews with ease.

When I was on study abroad, I wasn't really preparing for my job search, but since I was given a chance to go abroad, I tried to only use English when speaking to American students and other study abroad students. I never gave up in class, even when it was difficult, and I ended up getting all A+s.
As a result, half of the discussions in my job interviews revolved around my experiences on study abroad. When an interviewer suddenly switched into English, I handled myself with ease. I also think the fact that, both at APU and on study abroad, I lived with people from all over the world and could interact with them despite cultural differences was a good selling point.

Study abroad is an excellent opportunity to develop yourself in many ways. If you will be starting your job search immediately after coming back to Japan, you should be able to take full advantage of your experiences on study abroad in your interviews. I think companies are always on the lookout for students with a can-do attitude and an eye on the world outside. 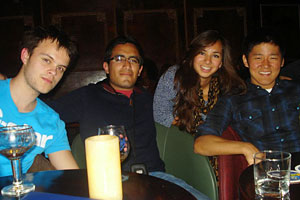 In the Fall of my first year, I decided to go on study abroad early so I could start studying marketing as soon as possible. I was interested in foreign cultures and wanted to study business with smart, motivated classmates.
So, in the Fall of my second year, I went to Canada on exchange. My host institution was a globally acclaimed business school, and I took classes together with third and fourth-year students. There was a lot of group work and it was hard to keep up with the pace of the classes, but I absorbed a lot by working with my highly knowledgeable classmates. 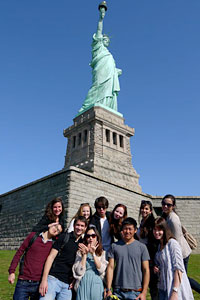 I met many professionals during the program, which gave me an idea of what it is like to work in the real world

I had my career search in mind even when I was on study abroad. My host university had many internship opportunities, and I ended up interning at a study abroad agency for three months. Engaging in business dealings with local people helped me improve my English. My classes exposed me to numerous professionals working on front lines of business. Several businesspersons came to the university to give lectures, and for one assignment, we had to give presentations to a venture capital company. This not only motivated me to study harder, it helped me develop an image of what it would be like to work in the real world.
I also expanded my horizons by actively pursuing things that interested me. In particular, talking to people from a variety of fields as an exchange student was a good opportunity to learn how foreigners are viewed in Canada. 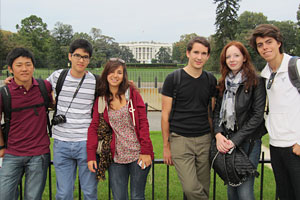 I transitioned smoothly into the job search since my year abroad ended in the spring of my junior year. Since I wanted to work in my hometown, I spent the summer of my junior year doing an internship focused on revitalizing the local hot spring district. I held discussions with hotel and inn owners and worked on developing travel packages. This internship made me start to think it would be better to gain experience in a global company first before coming back to my hometown in the future. This is when I started looking for work in Tokyo. My interviewers responded positively to my study abroad experience, the language proficiency I developed at APU and my desire to work overseas, and as a result, I received a job offer from a company with operations in Asia and the United States.

I am currently working as a Student Exchange Advisor (SEA) at APU, and I have talked to many students who are afraid that study abroad will interfere with their job hunting activities. But I assure you there is nothing to worry about. There are job fairs in Japan and other countries that are geared toward students with study abroad experience. The most important thing is to try the things you want to try! I firmly believe that study abroad is the best possible opportunity to find that 'something' that can change your life.

APU provides support for job-hunting students who have participated in long-term exchange programs.

Pre-Departure Guidance Sessions
APU offers job placement guidance sessions for students preparing to go on study abroad. Our staffs explain the job hunting schedule and provide information to help students balance participation in exchange programs with the job search.
Support during Study Abroad
Students on study abroad can consult the Career Office via e-mail about career-related issues such as tips for writing resumes and filling out pre-application forms.
Post-Program Job Placement Support
The Career Office holds intensive job placement support workshops for students who have returned from long-term exchange programs. These sessions provide helpful tips for writing resumes and filling out pre-application forms as well as conducting self-assessments and researching companies.
Job Fairs for Past Exchange Program Participants
There are several organizations that hold job fairs, both in Japan and overseas, for students who have study abroad experience. The Career Office passes on any job fair information it receives to the students.
R E L A T E D  L I N K 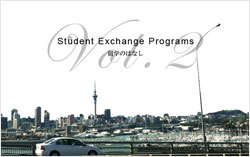 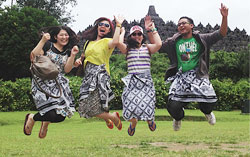 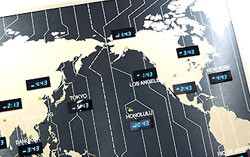