On Saturday, January 12, 2013, the final APU Public Lecture for AY2012 was held by APM Professor MUTO Koji under the title of “The Arab Spring - Full blown uprising: Why now?”. 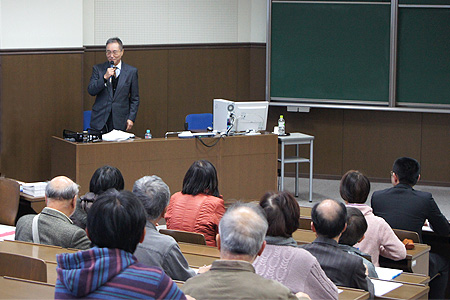 At the conclusion of the lecture, a tea party was held for APU students and lecture participants to talk and interact. Many participants took advantage of this time to discuss with students and APU representatives a range of topics including their home country/regions and culture, lifestyle and dreams for the future. 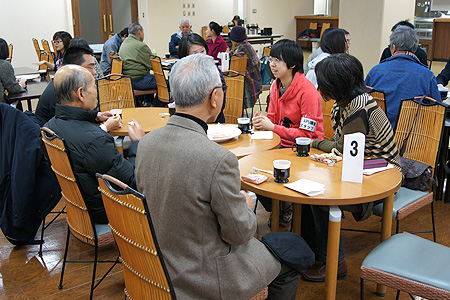 APU has been holding Public Lectures since 1998 (before the university opened) as a way to contribute to local development and internationalization - both considered by APU as missions of upmost importance.
Please look forward to future APU Public Lectures.

A report on the AY2012 Public Lecture series is available at the following link (in Japanese only).