On Thursday, March 28, 2013, Lord Fakafanua, Speaker of the Legislative Assembly of the Kingdom of Tonga visited APU and met with President KORENAGA, Vice-President MANI, A. and members of the Office of International Admissions. Lord Fakafanua was accompanied by Dr. Sione Vikilani (Deputy Clerk of the House), an Alumni of APU graduated in September 2010. 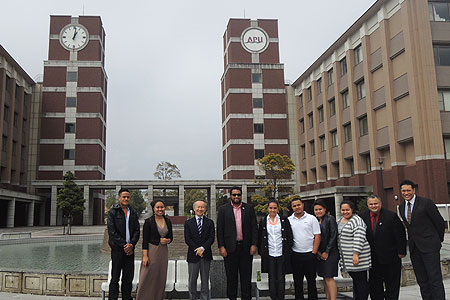 During their discussion, President KORENAGA introduced some of the many characteristics and unique features of the University including the dual English/Japanese curriculum and the scholarship system, which Lord Fakafanua positively received. Strategies were discussed about how to attract more students from Tonga and how such students can to be raised into future leaders of Tonga but of the Pacific region as well. 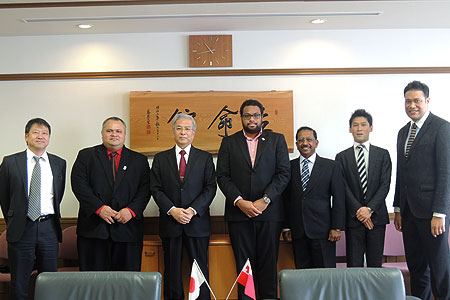 Lord Fakafanua travelled to Japan to attend the 43rd General Assembly and 77th Council Meeting of the Asia Pacific Parliamentary Union Conference which was held on March 26th, in Tokyo. He is currently regarded as the youngest Speaker of the House in the world being 28 years of age, an achievement that was admired by the Conference members.