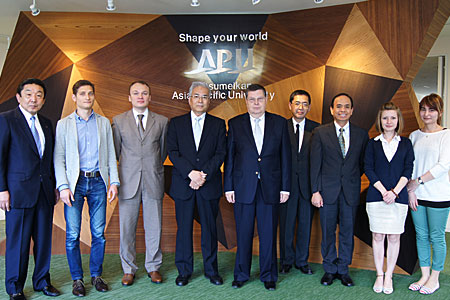 One of the student participants, SUKONKINA Olga (College of International Management, 1st year, Russian Federation), commented on the meeting. "The Ambassador is very interested in Japan's culture and education, and he asked many questions about APU. As the representative of Russia, he said he was carefully considering the possibility of a short-term exchange program between APU and Russian university. President KORENAGA also said he would work to realize a short-term exchange program to Russia. I am extremely grateful to APU for giving me the opportunity to speak with my Ambassador."