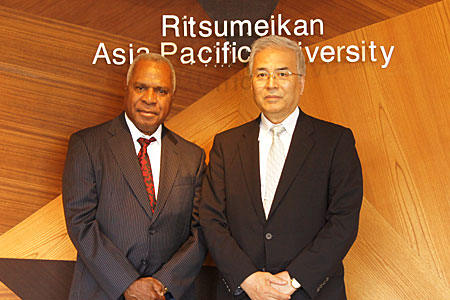 When President KORENAGA told Ambassador DUSAVA that there were two Papua New Guinean students currently studying at APU, the ambassador said he wanted to strengthen ties with APU and increase this number in the future. After the talks, the delegation toured the campus and experienced APU's lively, international atmosphere. 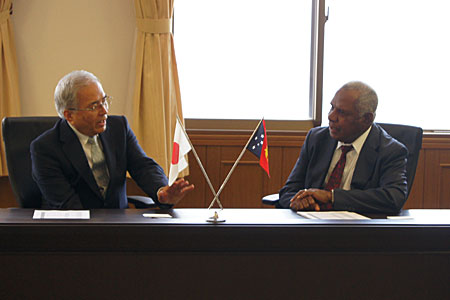