On Wednesday, June 4, 2014, Mr. ISHII Hiroaki, the Executive Director of the Japan Association for Refugees, visited APU to give a social outreach seminar entitled "Current situation and issues of refugee intake in Japan and Asia—Attempting a public-private partnership". 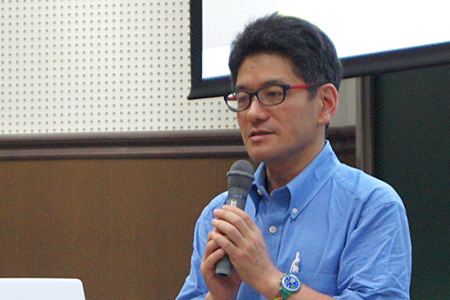 Mr. ISHII has been providing support to refugees since he founded the Japan Association for Refugees in 1999. In his talk, he discussed the weakness of Japan's refugee system. "Applications from refugees seeking asylum in Japan have soared in the past two to three years. Last year alone, there were 3,200 applications, but the government only approved six," explained ISHII. He also discussed his vision for a public-private partnership aimed at resolving Japan's refugee problem and mentioned a Ministry of Justice policy meeting launched in 2012 to formulate a refugee policy with the input of actual refugees and local government officials. 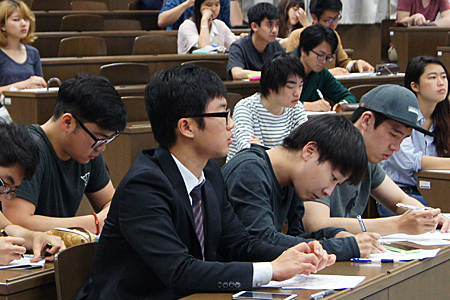 Students listened attentively to his information-packed lecture, which ended up going over the time limit.

Since 2010, APU has been arranging Social Outreach Seminars and inviting business representatives, entrepreneurs and experts to give lectures as a means to provide students with the skills and knowledge they will need in the workplace.