Former Prime Minister of Japan, Mr. FUKUDA Yasuo, and Former Vice Minister for Foreign Affairs, Mr. YABUNAKA Mitoji, visited APU on Wednesday, July 3, 2014, to hold talks with students. The large number of students that attended asked a variety of questions about international affairs and associated problems and issues. Mr. FUKUDA was questioned about the various political measures he was involved with during his time in office and his political stance on different issues. 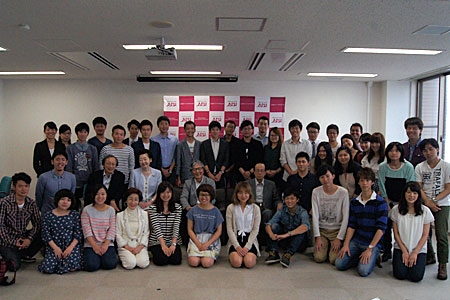 The discussion got underway with Mr. FUKUDA’s words “It is my hope that you will all become the type of person that can get along with anyone from any country.” Both special guests gave very frank and honest answers, including responding to the question “What kind of person would be right for the role of Prime Minister of Japan?” with “not someone who only thinks about Japan.” Students were left very impressed by the discussion, making comments such as “Mr. FUKUDA and Mr. YABUNAKA’s stance on various issues made me feel strongly about changing my own stance on politics”, “When I asked about the right to collective self-defense I got a very thorough answer”, and “Both guest speakers were extremely stimulating and persuasive. 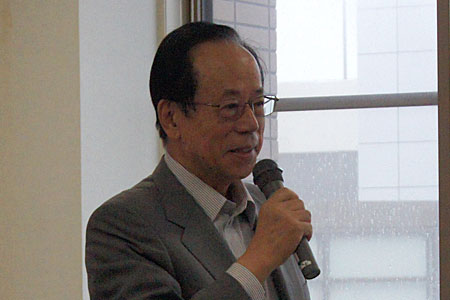