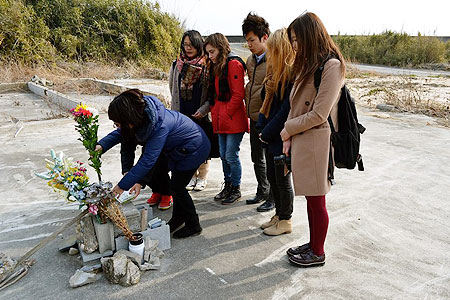 From February 8 to 11, 2015, eight APU students traveled to Fukushima on a Fukushima Study Tour to learn more about the current situation in Fukushima Prefecture.
The Ritsumeikan Trust and Fukushima Prefecture signed a cooperative agreement for disaster recovery. As part of this, APU has undertaken a variety of initiatives including an event called “Future from Fukushima: Future from APU” that was held on October 9, 2014. For the February visit to Fukushima, three domestic students and one international graduate student from RU joined six domestic students and two international students from APU. A joint trip was arranged because students in Ritsumeikan University (RU) Professor SATO Tatsuya’s seminar class were scheduled to go to Fukushima as part of a Fukushima Prefecture-sponsored project and students from APU, who has been involved in Fukushima-related efforts, said they wanted to visit Fukushima to see what was happening with their own eyes since media coverage does not provide the whole picture. 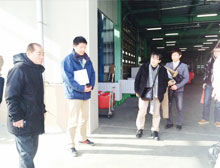 Using the connections with organizations that Professor SATO Tatsuya’s seminar class had cultivated through their activities, the students’ principle activity during the visit was to interview these organizations and the local citizens about the situation during the Great East Japan Earthquake and what has happened since then. During the study tour, students met with apple farmers at their orchards, took a tour of a center that tests the radiation levels in dried persimmons, and paid visits to the Fukuoka Prefectural Government Office, Fukushima Minpo Co., LTD., Fukushima University, and the Sasaya temporary housing complex. They also learned about how things have been since the disaster and heard about the Prefecture’s plans for the future. Mr. YAMAZAKI of the Fukushima Future Center for Regional Revitalization gave the students a tour of Minamisoma City and Iitate Village, two locations that suffered some of the worst damage from the tsunami and nuclear accident, and this gave the students an up close and personal view of the devastation caused by the Great East Japan Earthquake. 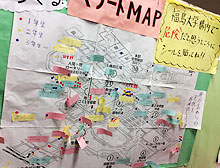 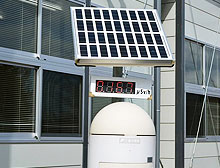 After returning to APU, the students reflected on the trip. With regard to food, one student remarked, “I felt that there was a substantial difference in the level of understanding between just hearing about it and actually seeing the food inspection process with my own eyes.” Meanwhile, an international student participant commented that the study tour provided further confidence in the safety of the food produced in Fukushima. Another participant remarked: “My interest in Fukushima has grown through this study tour and I feel as though this experience will provide the necessary encouragement for future activities.” Another student said, “I think we at APU still do not know very much, so there are still so many things for us to learn.” All in all, the participants seemed motivated and ready to use this trip as the first step toward their next endeavor. 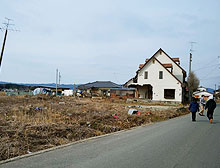 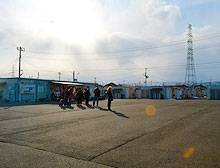 A briefing was held at APU on February 27 where the study tour participants reported on their experience. One participant said, “As messengers, it is our duty to confront the reality, work to spread this information, and to keep on doing it. It is not about aid, but about coexistence.” The students plan to form a group in April that will run study sessions both on and off the APU campus, communicate information about Fukushima Prefecture, and support the reconstruction efforts there. 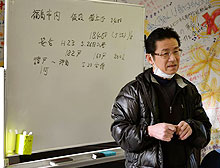 There are many issues, such as the nuclear accident, that are complexly intertwined with the reconstruction efforts. APU, with its mix of thoughts and ideas of people from many different countries and regions, is the ideal place to discuss these issues, and APU students are expected to undertake assistance activities after debating all the angles and employing unique approaches. 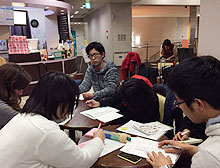