On Wednesday, April 15, 2015, Rakuten, Inc. Executive Officer and Head of Global Human Resources Mr. NODA Koichi was welcomed to APU to give a special lecture on the topic of “English Skills to be a Global Workforce”. 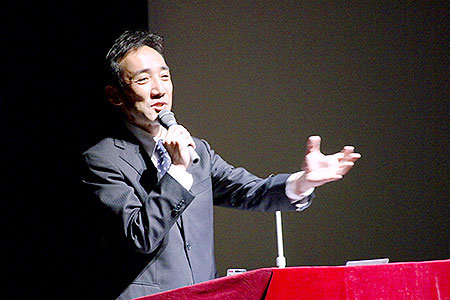 Mr. NODA, who promoted the “Englishnization” project within the company, opened his lecture by telling the audience that “Your choice of APU as a university is a good indication of your interest in working on the global stage in the future, which is why I want to talk to you today about why Rakuten decided to change its official working language from Japanese to English. Later on, I will tell you about how I have engaged with English in my own life, and how it connects to my current position”. The lecture was interactive style with discussion among APU students on “Englishnization” at Rakuten, Inc., which is currently being used as a case study at Harvard Business School. 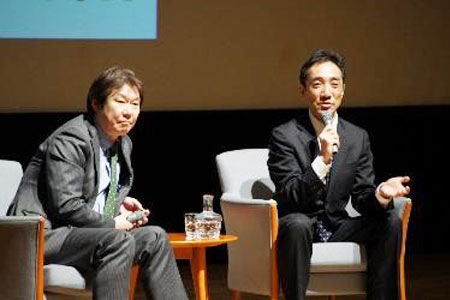 Mr. NODA addressed issues such as why English is such an essential tool and why all employees of Rakuten, Inc. are required to speak English, using specific examples to explain the company’s business approach and philosophy. Mr. NODA also gave examples from his own past to illustrate how any jobs can be stimulating and rewarding simply by taking the initiative in creating a better workplace experience. 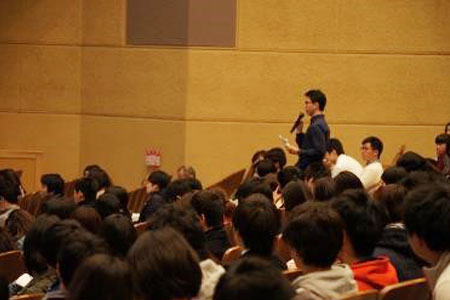 During the question and answer period, Mr. NODA responded thoughtfully to numerous questions from students.

Students among the audience listened with keen interest, eager to gain valuable advice on learning English and to pick up some lessons for their own future careers in the world. After the lecture, a number of students shared their thoughts: “I had no confidence in my English ability and felt very insecure, but after listening to today’s lecture I’ve been inspired to try my best,” said one. “The idea that English is simply a tool, and what really matters is a personality strong and what’s inside really resonated with me,” said another. One student commented that “I was reminded how important it is to set your own goals and have strong motivation as you move forward. I hope to be able to live that way while I’m at APU”. Another student remarked that “Learning English was already a major goal of mine, but I will continue my English studies as I consider what I’ll use the ability for”.