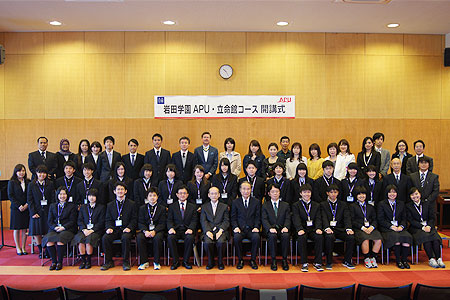 On Wednesday, April 22, 2015, a ceremony was held at the APU Multipurpose Hall to mark the start of the Iwata Academy - APU/Ritsumeikan Course. The ceremony was attended by 23 first-year Iwata Academy students, their parents, and representatives from Iwata Academy and APU. Also attending were the APU student Teaching Assistants (TA) that will be involved in this course. 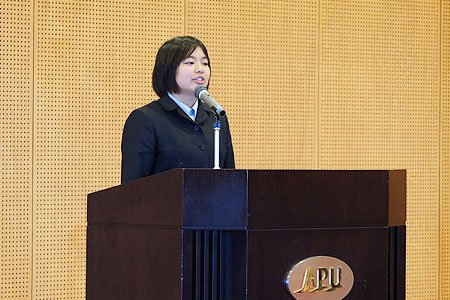 During the opening ceremony, YOSHIMATSU Hidetaka, Dean of APU Academic Affairs, offered a few words of encouragement before presenting each participating Iwata Academy student an APU library card. Iwata student, NAKATSUKA Miku spoke on behalf of the new course students, “By interacting with international students and learning Asia Pacific languages, I would like to develop the ability to make presentations to people all over the world."
NARUSE Terukazu, Chairman of the Iwata Academy, offered a few words, "I hope you will learn to view things from a global perspective and turn your attention to international issues. Please make the most of the APU environment and study hard." 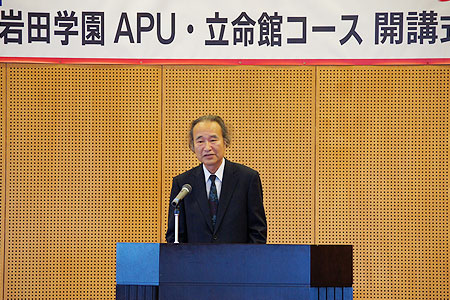 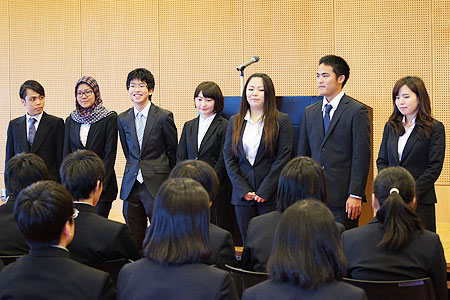