On July 9, 2015, 15 students visiting from the United States gave a presentation at APU as part of the 25th Japan-America Grassroots Summit held in Oita Prefecture. This year, the annual summit sponsored by the Center for International Exchange celebrated its 25th year and featured eight days of events throughout Oita Prefecture (July 6 ~ 13). 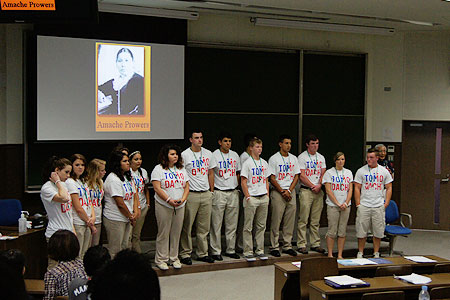 In the presentation session, members of the Amache Preservation Society, a group dedicated to preserving a World War II Japanese-American internment camp of the same name, showed old photographs as they gave a brief introduction of Camp Amache (located in Granada, Colorado). 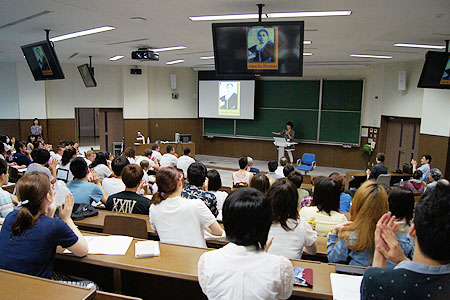 During the war, Japanese-Americans were given just two weeks to get their affairs in order before moving into the camps, and they were only allowed to take a bag of belongings about the size of an A4 sheet of paper with them. In the camps, the people were called not by their names, but by their numbers, and they cleared scrubland to grow crops. Many Japanese-Americans fought for the United States during the war, but ended up being discriminated against because of their Japanese ancestry. The student group said they want to preserve what's left of the camp and tell people all over the United States and throughout the world about what happened there so it will never happen again. 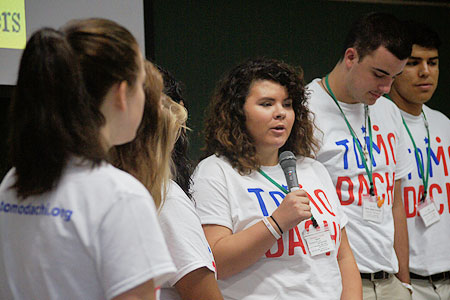 After the presentation, a discussion ensued, which allowed the participants to gain a deeper knowledge of internment camps. A member of the audience asked what happened if someone refused to move to one of the camps, and the students told them that people were interned anyway after being taken to court. Another person asked if American students learn about the camps in their history classes. The students said that unfortunately, not many people are willing to talk about the mistakes of the past, so American students only scratch the surface of the incident in their history classes. 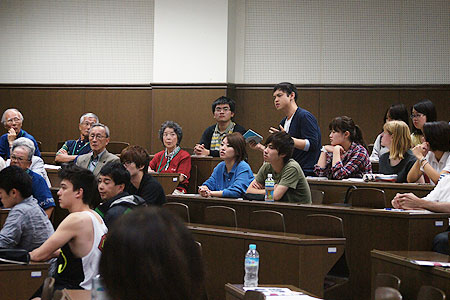 The event closed with the head of the delegation presenting a copy of Lily Yuriko Nakai Havey's book, Gasa Gasa Girl Goes to Camp: A Nisei Youth behind a World War II Fence, to APU. He said he was grateful for this opportunity and hoped everyone would come visit Camp Amache in Granada, Colorado. 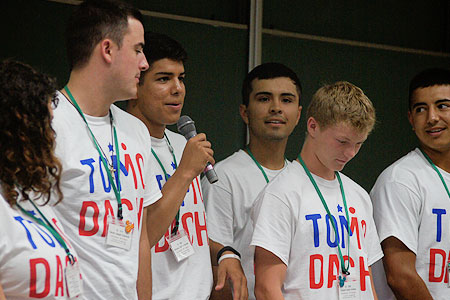