An open screening for the ANDO Momofuku Honor Prize was held on Wednesday, July 8, 2015. The Honor Prize is a scholarship that was established with the generous support of the late Honorary Doctor ANDO Momofuku, the founder of Nissin Foods Co., Ltd. Targeting students scheduled to graduate from APU's undergraduate programs in September 2015, the Honor Prize aims to encourage students who have set ambitious post-graduate career goals and seek to make significant contributions to the Asia Pacific region. In addition to ¥1 million in prize money, recipients of the Honor Prize are granted the honor of speaking at their graduation ceremony on behalf of the undergraduate student body.

In the open screening session, the four students who passed a stringent initial screening gave presentations on what they achieved at university and what their future dreams are, after which they fielded questions from the judges. The students, in order of their presentations, were EDY Susanto (APM4, Indonesia), AKRAMOV Akbarjon (APM4, Uzbekistan), HARTANTO Felix (APM4 Indonesia), and JIRAWANIDCHAKORN Aran (APM4, Thailand).

"There are many people in the world trapped in poverty, unable to break the chains of economic inequality," said EDY, whose dream is to eliminate inequality by improving access to education for the poor. 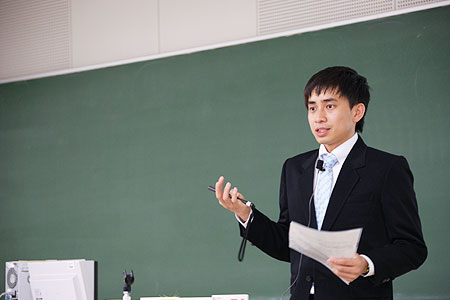 AKRAMOV said his dream was to "make as many people as possible happy" and discussed his plan to achieve this through finance, an industry that has ties to broad range of sectors. 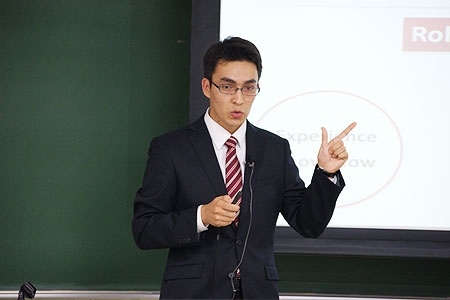 HARTANTO talked about how he learned the spirit of Japanese hospitality from his APU classes and extracurricular activities, which included tea ceremony, and how he wants to use his job upon graduation to spread that hospitality throughout the Asia Pacific region. 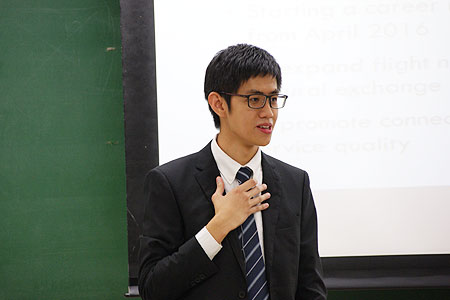 JIRAWANIDCHAKORN discussed his plans to study food science and ICT at graduate school so that he can attempt to create a more peaceful world through intercultural understanding. He said he plans to design a system to showcase other cultures through school lunches. 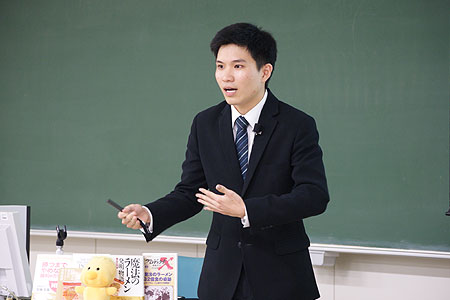 In the Q & A session after the presentations, the judges peppered the students with many tough yet tender questions. They asked them about the relationship between their four years of university-level learning and their dreams, how they plan to use what they learned at APU in the future and how they plan to use the prize money. The students answer the judges' questions earnestly, and the session also served to provide them with a chance to think carefully about their future plans and goals.

A third-year student from Indonesia who attended the open screening commented on the event by saying, "Listening to the presentations reminded me of the dreams and goals I had when I first entered APU. It was a great opportunity for me to think about my own future career path."