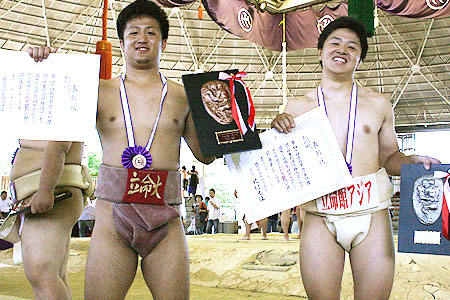 His winning move was the izori, a backward body drop performed after diving under an opponent's charge. "I plan to keep practicing like I have been to prepare for the national tournament in September. I hope this would attract more people to join the APU Sumo Club," commented SOMEHARA. The national tournament will be held on September 20 at the sumo dojo inside Yasukumi Shrine in Tokyo. SOMEHARA and APU Sumo Club members also plan to compete in the All Japan Student Championship slated for November. 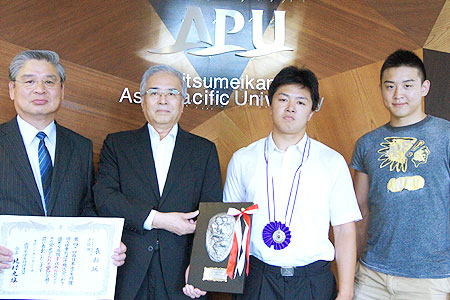