On Friday, October 9, 2015, as part of a social outreach seminar, Managing Executive Officer SANADA Kazuyoshi of The Mainichi Newspapers gave a lecture at APU with the theme “Spreading a ‘MOTTAINAI’ mentality to the world: an environmental campaign one newspaper company embarked on.”

When he was in charge of brand strategy at The Mainichi Newspapers, SANADA was concerned about environmental issues and engaged in the revitalization of Mt. Fuji which was piled up with garbage. One day he received a request from the Japanese Senior Vice-Minister of the Environment at the time to spread the concept of “MOTTAINAI,” whose English equivalent is “Don’t Waste Resources.” For that mission, SANADA chose MAATHAI Wangari, who had founded the NGO for tree planting activities known as the “The Green Belt Movement” to support a greener Kenya and the economic empowerment of women, and had gone on to become the first person in an environmental field to win the Nobel Peace prize in 2004. 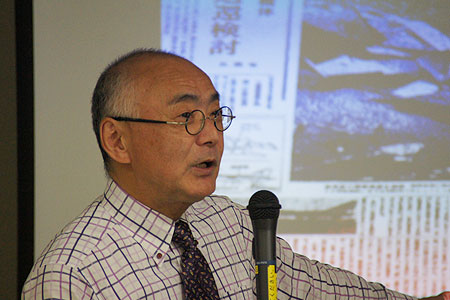 A Japanese expression, the word “MOTTAINAI” encapsulates the 3R’s of Reduce, Reuse and Recycle, plus a fourth “R” in “Respect (for life).” After having it explained to her by SANADA, MAATHAI identified with the concept of “MOTTAINAI,” and communicated it to the world as a keyword. This is where current “MOTTAINAI” activities originally took root. 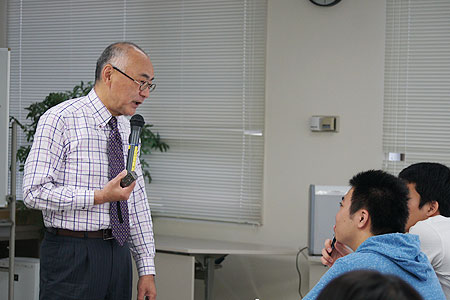 In order to spread the concept of “MOTTAINAI,” The Mainichi Newspapers initiated a campaign bearing the same name. Working together with The Green Belt Movement, the newspaper company commenced afforestation activities in Kenya in 2009, resulting in approx. 3.8 million trees planted as of today. Moreover, in order to continue those activities, The Mainichi Newspapers registered “MOTTAINAI” as a trademark, and currently donates parts of its proceeds from sales of lunch boxes and other original “MOTTAINAI” merchandise. In his lecture at APU, SANADA spoke of how in the current state of things, such funds are necessary in order to continue afforestation and other activities that contribute to society from this angle. 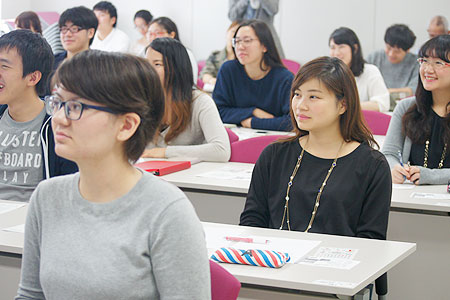 SANADA closed his lecture by citing three keywords explaining the success behind those activities: “ambition, perseverance and resolve.” He highly encouraged APU students at the lecture to tackle everything they do with a sense of purpose.