On Monday, October 19, 2015, His Excellency Dr. MARKOS Tekle Rike, Ambassador Extraordinary and Plenipotentiary of Ethiopia to Japan, visited APU for the first time and gave a lecture entitled “Ethiopia, AU and Regional Integration in Africa.” 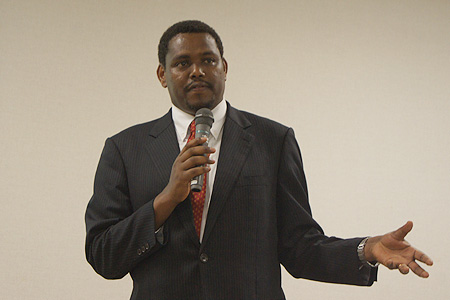 Ambassador MARKOS provided some background information on Ethiopia and explained many unique aspects of the country that are not well known. Namely, he said that in its more than 3,000-year history, Ethiopia has never been colonized, making it the only country in Africa with that distinction. He explained that the country’s population is young, with an average age of 17, and that agriculture accounts for nearly half of the GDP. He also discussed the country’s magnificent natural landscapes. 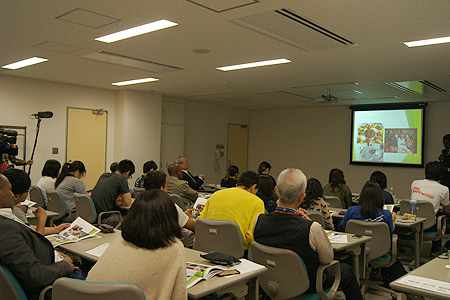 He continued by explaining that Ethiopia is the center of African diplomacy, as both the African Union and the United Nations Economic Commission for Africa (UNECA) are headquartered there. In addition, he spoke that Ethiopia focuses on regional integration, particularly regional economic integration as it plays a vital role in its economic revitalization.