On Tuesday, October 27, former Bank of Japan Governor SHIRAKAWA Masaaki came to APU to give a special lecture entitled “Monetary Control in an Era of Financial Globalization.” Mr. SHIRAKAWA, who also works as a specially-appointed professor at Aoyama Gakuin University, spoke the state of both the Japanese and global economy both within and outside Japan drawing on his experience as the jet-setting Governor of the Bank of Japan. 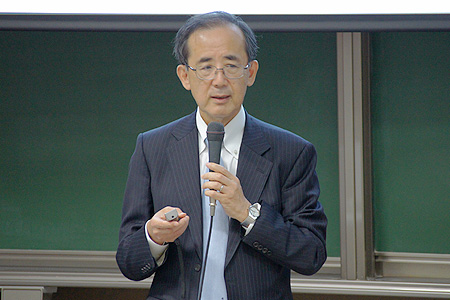 In his lecture, he explained the myriad challenging issues that various countries face in the era of financial globalization. He also touched on the importance of international cooperation among central banks, explaining how central banks dealt with the global financial crisis of 2008 and what issues they face in terms of international cooperation on monetary policy.

Mr. SHIRAKAWA, who served as the director of the Oita Branch of the Bank of Japan from 1994 to 1995, said he remembered hearing about a new university that would be opened in Beppu and expressed his gratitude for being able to give this lecture at that very same university. He also commented on the state of APU today. 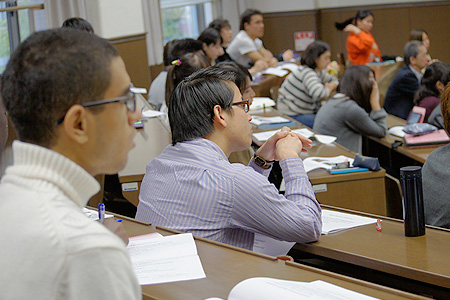 The students listened intently to Mr. SHIRAKAWA’s descriptions of his time on the front lines of Japanese monetary policy and peppered him with questions afterward.