Wednesday, December 9, 2015, an open screening for the ANDO Momofuku Honor Prize was held at APU.

KIMURA said her dream was to “become a bridge between people and to create opportunities for people to expand their potential.” She spoke about how she realized this dream by planning an exhibition to bring people together. 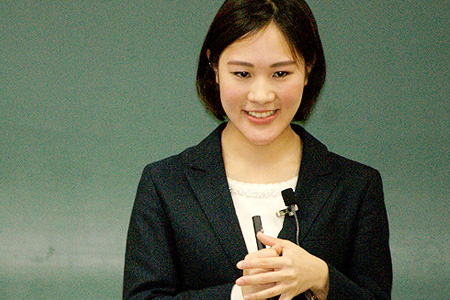 WICKRAMANAYAKE discussed her vision to “help people escape poverty through sustainable development” and explained in detail how she aimed to achieve that vision by honing her knowledge of finance and working to connect Japanese and Sri Lankan companies. 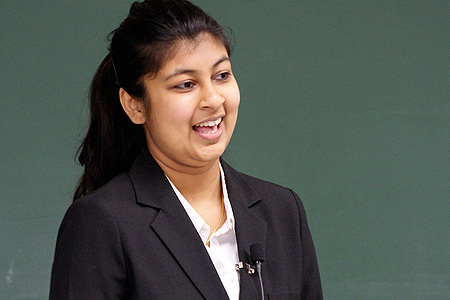 MATSUI talked about how he learned that leadership was not a matter of foisting your opinions on others, but getting to know people and build relationships of trust with them. He said that after he enters his company, he would like to work in marketing so he could promote products. 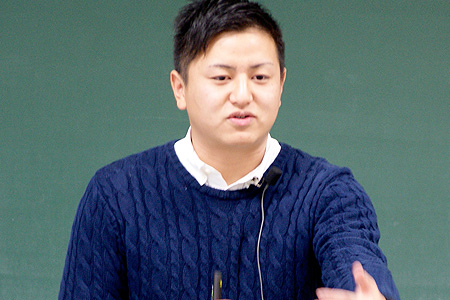 OH stated his intention to spread a vision around the world for the betterment of society. He explained his plan to use online marketing to become a bridge between Japan and developing countries and to realize a society that could pursue a vision regardless of the economic environment. 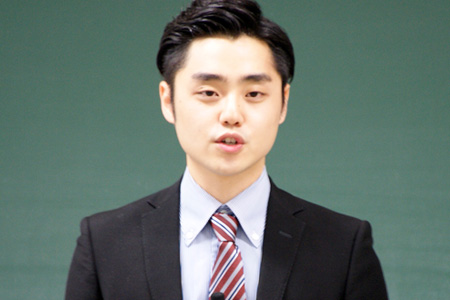 In the question and answer session, the judges asked the students what obstacles and problems they encountered at APU, what steps they took to strike a balance between regular classes and extracurricular activities, and what plans they had for their scholarships. The students answered the judges' questions earnestly, and the session served to provide them with a chance to think carefully about their future plans and goals.

Luong Huu Loc (College of International Management 1st year, Vietnam) who attended the open screening commented on the event by saying, "The presentations were truly a source of inspiration and motivation for those who are seeking success. In general, instead of having an unsure dream, the open screening talks gave me the idea to decide on a vision for my future that will definitely come true."

The Honor Prize is a scholarship that was established with the generous support of the late Honorary Doctor ANDO Momofuku, the founder of Nissin Foods Co., Ltd. Targeting students scheduled to graduate from APU's undergraduate programs in March 2015, the Honor Prize aims to encourage students who have set ambitious post-graduate career goals and seek to make significant contributions to the Asia Pacific region. In addition to ¥1 million in prize money, recipients of the Honor Prize are granted the honor of speaking at their graduation ceremony on behalf of the undergraduate student body.