The APU 2016 Spring Graduation Ceremony was held on Friday, March 18, 2016. A total of 728 students, consisting of 206 international students and 522 domestic students from 28 countries and regions, including undergraduate, Masters, and PhD students, successfully graduated. Friends and family members gathered from around the world at APU Millennium Hall to celebrate the graduating students as they prepare to take what they have learned at APU to the next stage of their lives. 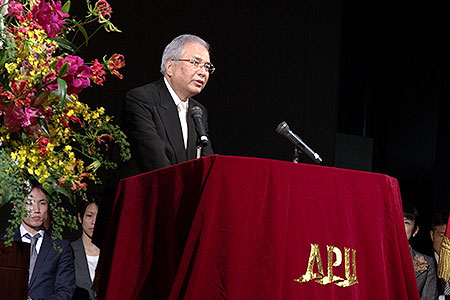 APU President KORENAGA Shun congratulated the graduates and offered words of encouragement. “The ability to recognize differences, and the ability to show compassion for another person despite your differences – this global mindset is one we nurture and create here at APU. It does not matter how far the globalization of economic activity spreads, until we change our collective consciousness there will always be a sense of nationalism when there are questions of territory or national identities. So how can we move toward a new consciousness and sense of values that emphasizes peaceful coexistence? We need to recognize the other person's existence and be respectfully aware of any differences. To put it another way, we should be compassionate and aware that there are people who are different from ourselves. To have a dialogue with others based on this compassionate awareness is truly a globally-minded act that we can exercise; a creative act that is very much needed in our world.” 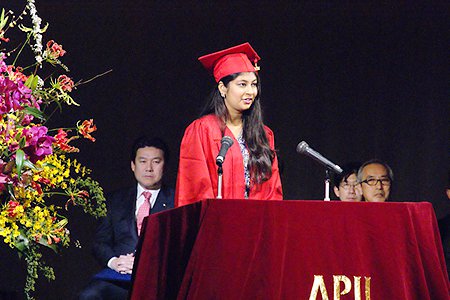 WICKRAMANAYAKE P. Pravini (College of International Management, Sri Lanka), recipient of this year’s ANDO Momofuku Honor Prize, represented the College of International Management in thanking and honoring the graduates: “Even before we could hardly speak any Japanese, we had Workshop II, where we were put to work with Japanese students struggling equally with their English.
That is where I learned my first lesson: To treat others as you would like to be treated. At that time, every one of us was programmed in a different way, with different stereotypes, thoughts, and images. All that programming had to go. As we learned that communication is more than words, all those barriers started to slowly break down, until there were none left.
Eventually it became more personal, and we developed bonds of strong friendships filled with respect, trust, and loyalty, and love started to prosper. Fellow graduates, we will meet lots of new people in the life we begin tomorrow. Treat them in the same way we treated each other: With love, respect, and trust.” 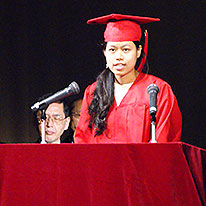 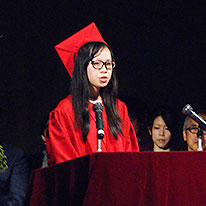 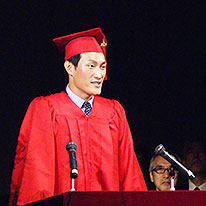 All of the graduates then gathered together to toss their red caps in the air to the chant of “We are APU,” which was met with thunderous applause. The graduates left the ceremony in a joyous rush—each one eager to start out on their new life journey. A buffet style party was held in the cafeteria where the newly minted graduates mingled with their classmates, family members, and faculty members.


The graduation ceremony was also broadcast live on the internet via Ustream. Footage can be viewed here.
APU Gallery
https://en.apu.ac.jp/home/gallery/article/?storyid=149 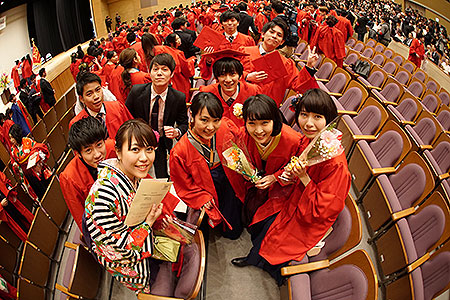 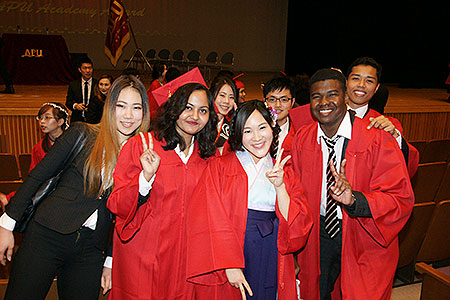 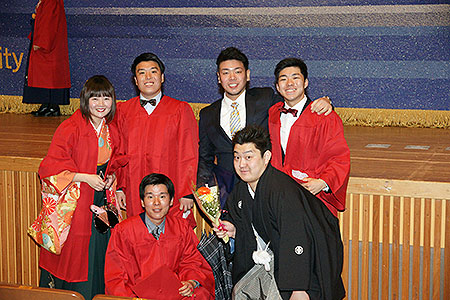 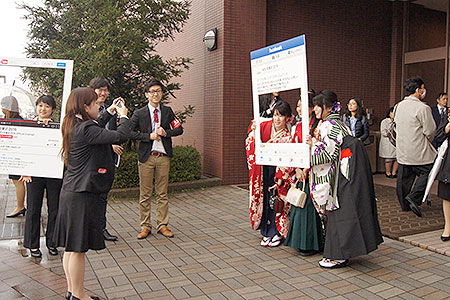 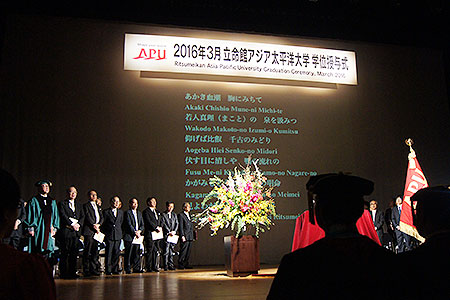 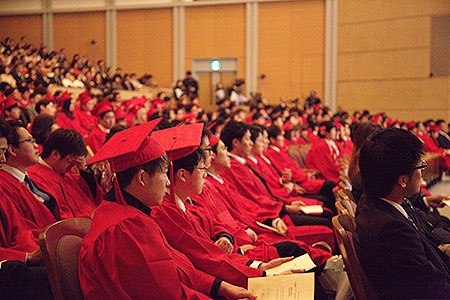 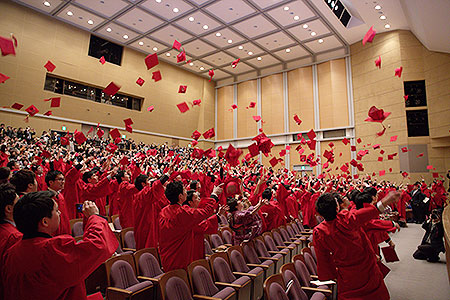 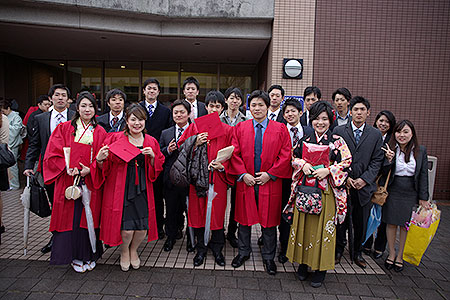