1On Monday, December 19, Ms. MITARAI Tamako, Representative Director of Kesennuma Knitting Co., Ltd., paid a visit to APU to take part in internship screenings for her company. This is the first time that internships at Kesennuma Knitting have been offered to APU students, and it is the byproduct of the friendship agreement concluded between Kesennuma City and APU in April 2016. Students who entered the screenings personally drew up a plan outlining a project that they wish to tackle as an intern at Kesennuma Knitting. In the end, OZUNA Victoria Susan (College of International Management 3rd year, USA) and IMAI Shion (College of Asia Pacific Studies 4th year, Japan) were selected as interns. Both of them will stay in Kesennuma City for approximately two weeks during their spring break period and engage in a project that involves using SNS to communicate the appeal of the city to the world while conducting interviews with local residents. 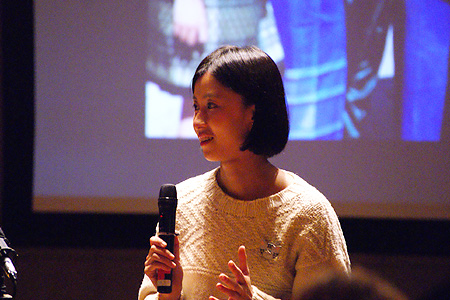 Ms. MITARAI also took the stage at a lecture series given to students as a program for Empowerment Week, an event held the same week as the internship screenings. In her lecture, while looking back on each of the turning points in her past from childhood onwards, she talked about the circumstances that led her to start up Kesennuma Knitting, a manufacturer and seller of hand-knit products in Kesennuma, a city in Miyagi Prefecture which suffered considerable damage during the Great East Japan Earthquake. Ms. MITARAI closed her lecture with the following message directed to the students in attendance: "Think how you want to live rather than how you want to be." 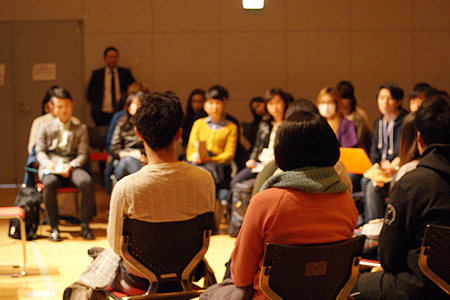 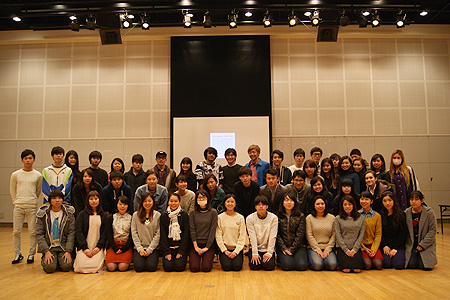