On Monday, March 27 and Tuesday, March 28, 2017, 19 first and second-year high school students from Kesennuma High School1 in Kesennuma City, Miyagi Prefecture2, with whom APU has a friendship agreement, participated in an exchange workshop at APU. At the workshop, they gave presentations on topics they researched, receiving guidance on their presentations from six APU students (from India, Indonesia, Uzbekistan, Sri Lanka, Vietnam, and Japan).

On the first day of the workshop, the high school students were divided into five groups, and each group gave English presentations they had prepared in advance on the outcomes of their research on five different topics.

Next, the APU students gave advice to the groups about their presentations, including tips on English usage and PowerPoint slides as well as ways to improve their performance. The high school students used these tips to improve their presentations throughout the course of the workshop. A Thai student from APU who did an internship3 in Kesennuma and visited Kesennuma High School in February 2017 also participated in part of the workshop and enjoyed seeing the students again. 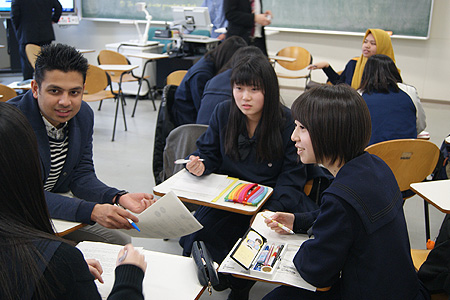 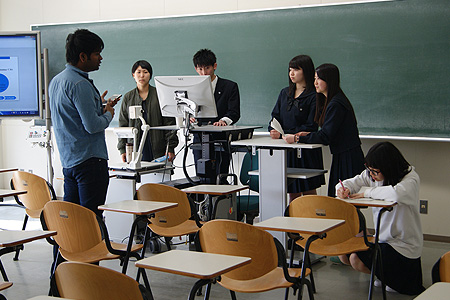 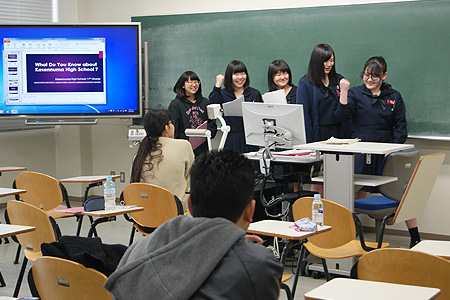 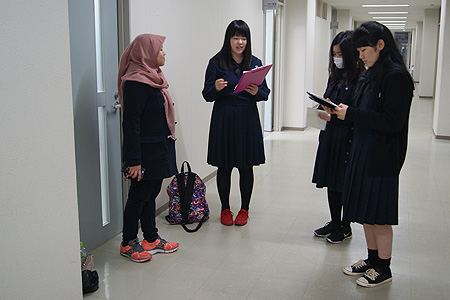 On the final day of the workshop, each group gave a presentation again, and the APU students graded them on three points—presentation content, PowerPoint slides, and performance—and chose the best group. They also gave them feedback by telling them it is better to speak to your audience than just read out your script and not worry if they fumble a bit because everyone makes some mistakes. They also encouraged the students to use more of the floor and to remember to smile. 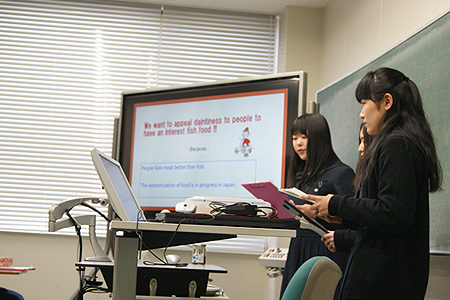 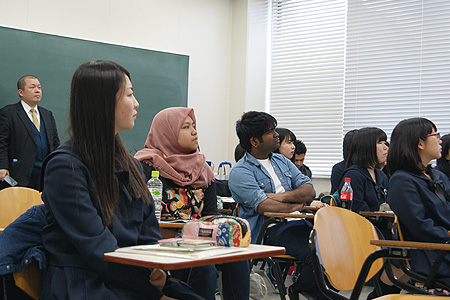 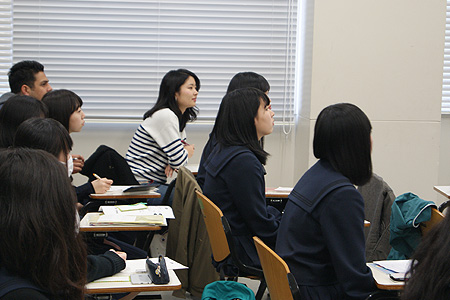 The participating high school students also enhanced their understanding of different cultures while deepening their interest in topic-based research projects and giving presentations in English. One student said, "It was very useful to hear advice from an international perspective," and another student commented, "I learned that international students' PowerPoint techniques and presentation methods are completely different from those used in Japan." Yet another student said, "I learned tips and approaches for conveying information to people." One more student remarked, "It was difficult, but I gained self-confidence," and still another student said, "I was able to share my ideas with the other group members and improve our presentation." 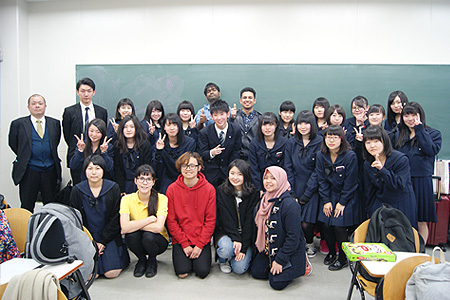