On Tuesday, April 18, 2017, Satomi Masato, half of the comedy duo The Bonchi and member of the Yoshimoto Kogyo Co., Ltd. talent agency, came to APU to perform kodan (traditional storytelling) in English entitled "The Battleship Yamato and its Crew." In this original work, he told a story about the famous battleship that was sunk at the end of World War II. Around 50 international students listened intently to Mr. Satomi's talk.

Mr. Satomi uses the traditional art of kodan to spread the word about the grim reality of war all over Japan, but this time, due to the fact that Yoshimoto Kogyo Co., Ltd. and APU have concluded a partnership agreement for the purpose of cultivating human resources, he performed in English in order to "inform as many people as possible about the misery and meaninglessness of war."

After his performance, Mr. Satomi expressed his strong feelings on the issue by stating, "War is foolish, and neither the winner nor the loser will ever be happy. I would like students to spread this message to their friends."

An APU student from India who listened to the performance said, "I realized that Mr. Satomi's message is something that must be passed on to the next generation." 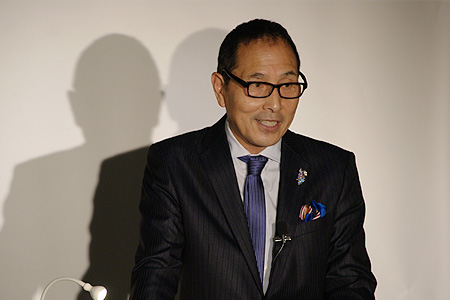 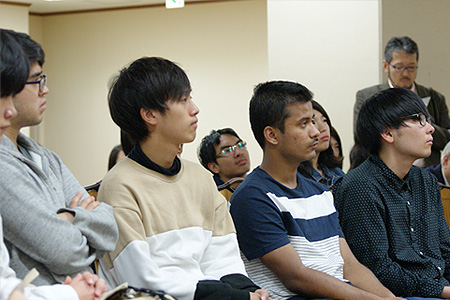 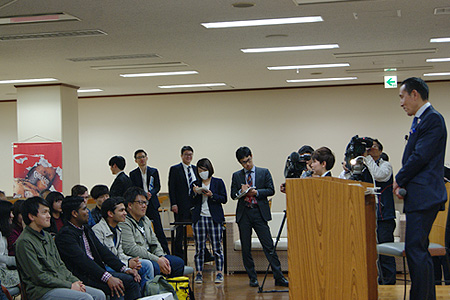 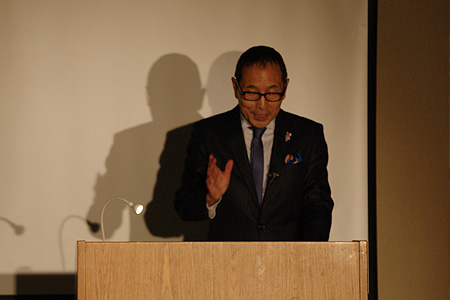 Tsukitei Taiyu, another member of the Yoshimoto Kogyo Co., Ltd. talent agency who is originally from Taketa City in Oita Prefecture, performed rakugo (traditional comic storytelling) in Japanese to open for Mr. Satomi. He revved up the audience with a humorous story interspersed with songs and an imitation of someone eating soba noodles. 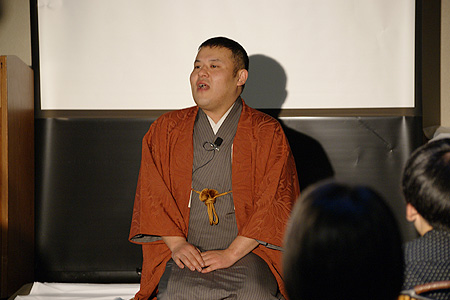 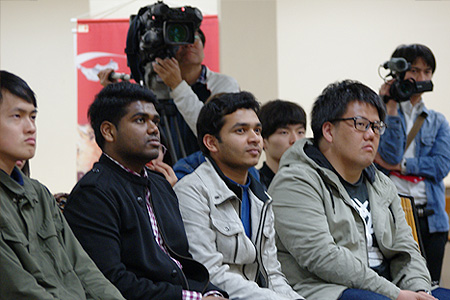 * In February 2016, APU signed a partnership agreement for the purpose of cultivating international human resources and contributing to the development of the regional society with Yoshimoto Kogyo Co., Ltd., an integrated entertainment company involved in talent management, planning, production, and distribution.