APU's founding president SAKAMOTO Kazuichi and two alumni from the first generation of APU students visited the campus to give lectures to first year students enrolled in the Introduction to Peer Leader Training program. As part of this program, these lectures provide an opportunity for students to learn about the philosophy behind the foundation of and the early student life at APU. Based on this, students consider how to use their experiences in APU's multicultural and multilingual environment to improve their learning opportunities and outcomes.

President Sakamoto started his lecture by talking about how in the 1980s, when the idea of founding APU was proposed, he believed that one day the Asia Pacific region would lead the world, not the West. As the wave of globalization surged into Japan, he felt that Japanese universities were not on the same level when it came to international competition with other countries. Thus, he felt it was his mission to establish a multinational, multiethnic, and multicultural university to train individuals who could play a role in the coming Asia Pacific era, and to take the lead in the globalization of Japanese universities. 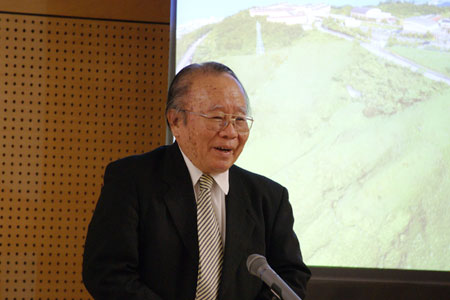 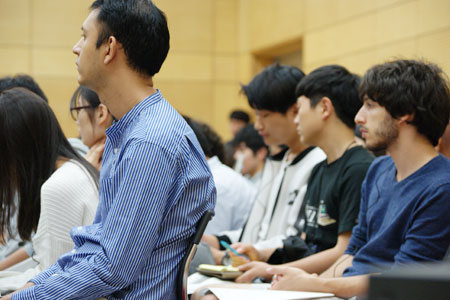 The first alumni to speak was Mr. SARUWATARI Takato (APM*, April 2000-March 2004, Japan). Mr. Saruwatari is a current employee of the Oita Prefectural Government, and he spoke about why he wanted to work in the public sector after working for a time in the private sector. He used his experience in participating in the International Students Summit while enrolled at APU. He talked about how he took on the position of chairman of the 2002 event, which was held mainly by APU faculty and students, organizing a multinational group of students from 81 universities in 26 countries and regions including Japan. Mr. Saruwatari said that has been able to use his student experience in preparing for the World Hot Spring Resort Summit, an Oita Prefectural event scheduled to be held next year in Beppu City to welcome delegates from cities rich in hot spring resources both across Japan and around the world.

Finally Ms. YIN Min Su Su (APM, September 2005-September 2009, Myanmar) related how she was interested in manufacturing, but there were no universities in her home country where she should study this. While working at a bank, she happened to learn about APU in Japan, a country famous for its culture of artisanship. Seeing that APU did not require proficiency in Japanese for admission, she quit her job to enroll in APU. When traveling multiple times between Tokyo and Oita during her job hunting Ms. Yin realized that Oita had become like a home to her, and she decided to take a job at the same company in Oita where she currently works. As a senior manager, she controls the process from production to shipping. By sharing her experiences, she hopes to contribute to the improvement of the situation where Japanese companies hire international students and foreign workers. 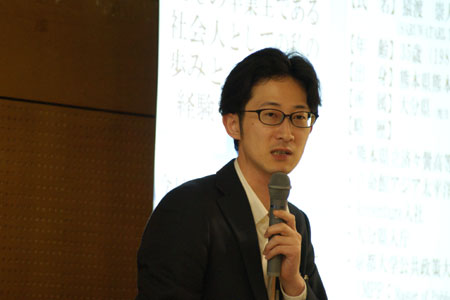 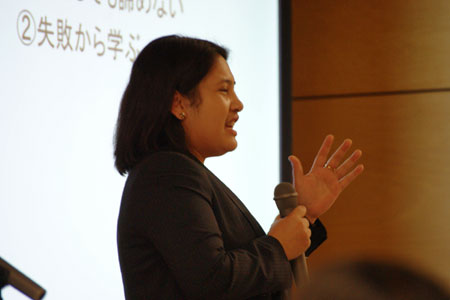 After the lectures, participants asked many questions. When asked whether differences in motivation exist between APU students now and students from when APU opened, Mr. Saruwatari answered by encouraging the audience: "I don't know much about the current students, but when someone finds that I am a member of the inaugural class of APU, I am told that it is amazing that we, as the first graduates, established the honorable position of APU, together with the faculty and staff members. This may be, but I know that APU is continuing to change and that you are creating the current APU. I want you to be confident that you are creating the current APU."

When President Sakamoto was asked what kind of person he wanted APU students to be, he sent a message to the audience: "While this leads to the idea of founding APU, I wanted our students to be the kind of people who try things that other people won't, and who can bring new creations into the world. That's the kind of person I wanted to develop and send into society. I still do so. In order to bring innovation, it is important to have a place where diverse people can interact and communicate with each other. This will lead to creation. I hope that considering the idea of founding APU will help you consider your future in some way."

*APM : College of International Management and name changed in April 2009 from the College of Asia Pacific Management. 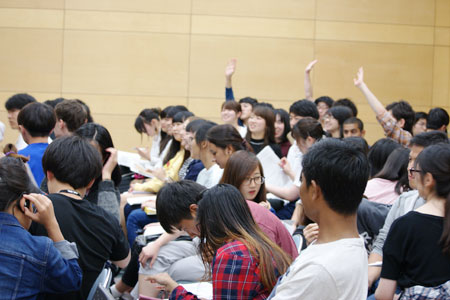 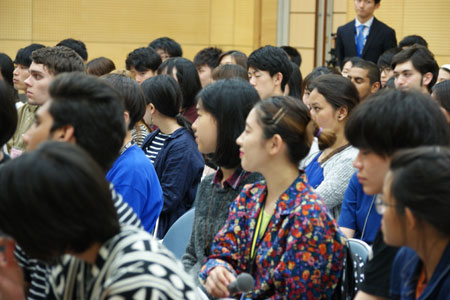 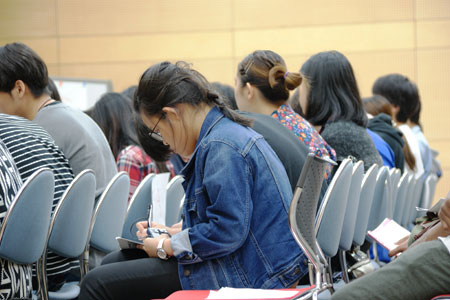 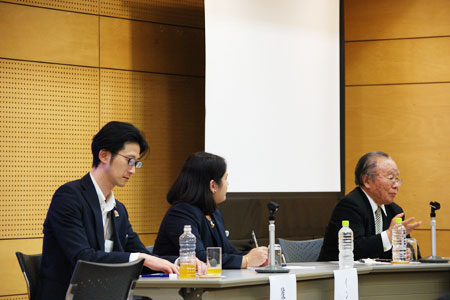