Mr. FUKUHARA Koji, a foreign affairs officer from the Recruitment Center For International Organizations in the Foreign Policy Bureau of the Ministry of Foreign Affairs was invited to Beppu, and Mr. Morse Caoagas FLORES (College of Asia Pacific Studies, Spring 2006, Philippines), a human rights officer for the Office of the United Nations High Commissioner for Human Rights (OHCHR), joined the session via Skype from Geneva, Switzerland. 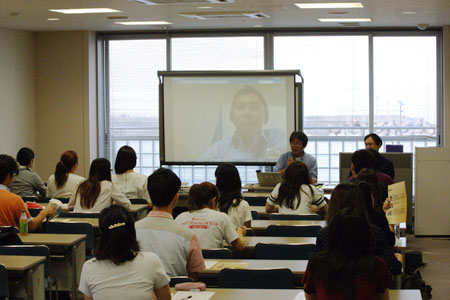 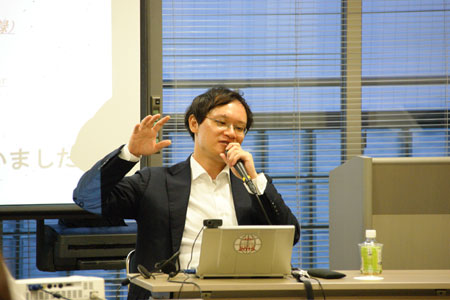 Approximately 50 people attended the session, including APU students, students from other universities, and members of the local community. In the survey conducted after the seminar, one participant said, "I want to work for an international organization, so this session provided me with information on the various career paths, including the Ministry's Junior Professional Officer program." Another participant said, "This was the first time I heard that you need at least a master's degree to work for the United Nations." Yet another participant commented, "Now I know what I need to do to prepare for a career in an international organization." 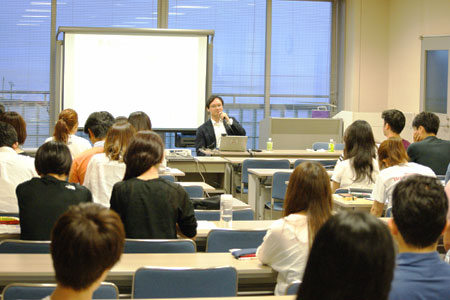 * Since 2010, APU has been inviting guest lecturers from a wide range of fields to speak at Social Outreach Seminars in an effort to contribute to students' learning and research.