On November 3, 2017, Beppu City announced recipients of awards and special commendations given on behalf of the city. Among those honored, APU President KORENAGA Shun received a special commendation for contributions to the community of Beppu City. This includes not only heightening APU’s reputation, but furthering collaboration with the city and local interest groups.

Every November 3, Beppu recognizes the achievements of individuals and organizations contributing to local society, sports, culture, and to those who have conducted volunteer work. Awards are issued in 4 separate categories, including awards for meritorious service to the local government, contribution to the local welfare, contribution to sports, culture, and education, as well as recognition for extended periods of volunteer work. 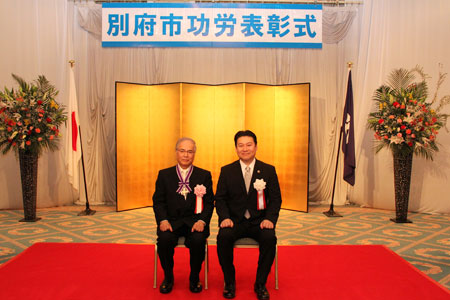