In September 2017, several rivers in the central and southern parts of Oita Prefecture broke their banks during Typhoon No. 18, flooding many facilities and houses. The typhoon damaged multiple regions across Japan. Even today, areas that have suffered major damage need substantial labor and manpower to enable ordinary citizens to return to a normal life.

Five APU student groups with a total of 21 students responded to a call by NPO Nippon Kyuentai, volunteering in relief efforts in Tsukumi City, Oita Prefecture, on October 1. The students helped cleaning houses affected by flooding and assisted in the removal of damaged household goods.

Participant MATSUMOTO Ryuta (College of Asia Pacific Studies, 4th Year, Japan), recalls his experience:
“I decided to volunteer so I could learn about conditions on the ground, which are not reported in depth in the news, and because I wanted to help the people of Tsukumi City. My first impression when observing Tsukumi City was that cleaning work progressed well and the general mood of the citizens was better than expected. Once I got involved in the actual activities, however, that impression quickly faded. I participated in three operations: removing fallen roof tiles and mud, demolishing flooring that could no longer be used due to flooding, and processing commonly used goods such as TVs, PCs, and chests of drawers that could no longer be used due to the flooding. I moved these objects to trucks, carried them from the trucks to the volunteer center, and subsequently sorted the garbage.
The work was tougher than I expected. I volunteered naively, just wanting to help, but as I absorbed everything around me, I became painfully aware of my own ignorance and powerlessness. On the bus trip back, I did not really have a sense of satisfaction from being able to provide some form of support. I wondered what would happen to the kind elderly lady I had met, or how the disaster would affect the business of the store that had to dispose of all its equipment. I suspect other participants felt the same way as we made our way home. This experience has filled me with a strong desire to continue providing help wherever I can.” 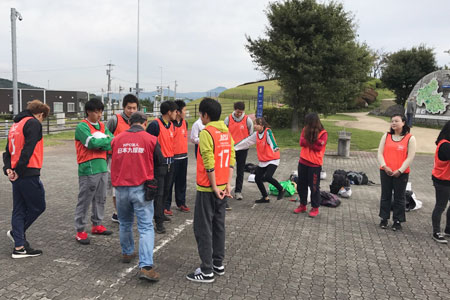 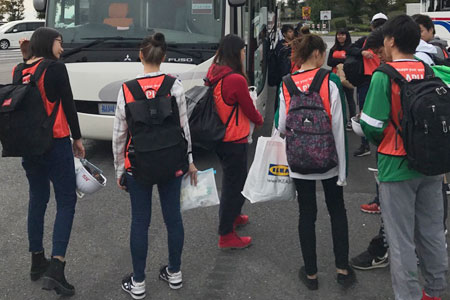