On October 30, 2017, the Japan Foundation* Japanese-Language Institute conducted a session of the Intensive Training Program for Counterpart Teachers of the “NIHONGO Partners” at APU.

In October 2017, 24 Japanese language teachers from Indonesia came to heighten their practical Japanese skills and deepen their understanding of Japanese society and culture.

The majority of sessions took place at the Japan Foundation Japanese-language Institute in Saitama City, Saitama Prefecture. From October 27 to 30, the Japanese government arranged for participants to visit Oita Prefecture as a part of regional revitalization efforts. APU hosted a session on October 30.

Prior to their arrival in Japan, participants collected what their students wanted to know about Japan. At APU, they shared their findings. Afterward, everyone discussed what had surprised, interested, amazed, and disappointed them while staying in Japan. 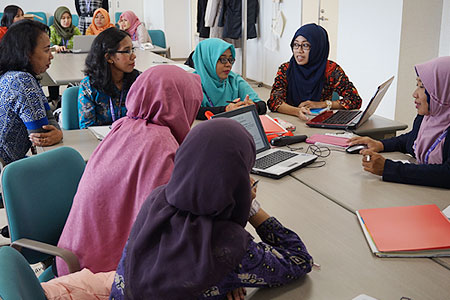 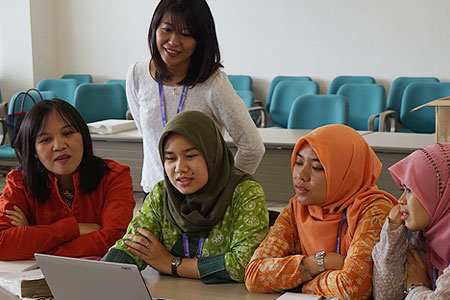 Participants also had the opportunity to meet with APU students. Indonesian teachers asked what the students were studying, what it was like working a part time job in Japan, how much the average rent was in the area, and other questions. Students then took the teachers on a guided tour of campus. 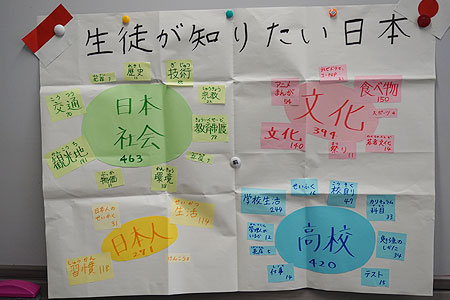 Prior to arriving in Japan, participants found out what their students wanted know about Japan. 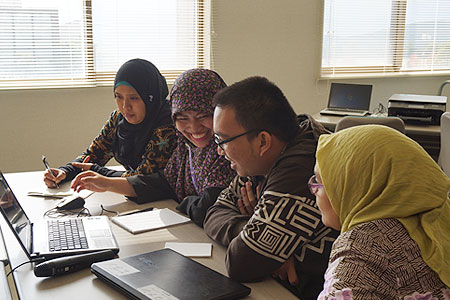 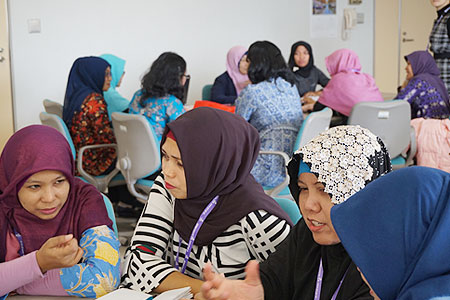 NIHONGO partners are selected from applicants all over Japan. Approximately 75 partners will come to APU to study Japanese-language teaching methods and learn more about living in the areas they will visit, such as the local language and culture.