Morse Caoagas Flores (College of Asia Pacific Studies, 2006, Philippines) may have graduated over a decade ago, but he makes every effort to stay connected with APU. For a week in January, Flores returned to APU to guide students thinking about careers in international organizations like the United Nations.

With a background in human rights activism in his home country, Flores wrote his thesis on the rights of indigenous people in the Philippines. After graduating from APU, Flores pursued a career in the Office of the United Nations High Commissioner for Human Rights. As a Human Rights Officer based in Geneva, Switzerland, Flores’ work takes him to a variety of locations around the globe. His distinguished career includes helping draft the United Nations Declaration on the Rights of Indigenous Peoples.

He encouraged students eager to work at the UN to “go and get your hands dirty” by participating in activist projects or research while in school. Flores continued to say that these types of experiences are an essential background for anyone seeking a career within an international organization.

Flores was on campus for a week, giving career workshops on resume writing and interview preparation. He also joined seminar sessions to discuss the work of the UN, as well as giving one-on-one mentoring sessions with students. When speaking about the university, Flores stressed that “APU is the best training ground when it comes to diversity,” diversity being a core value of the United Nations. 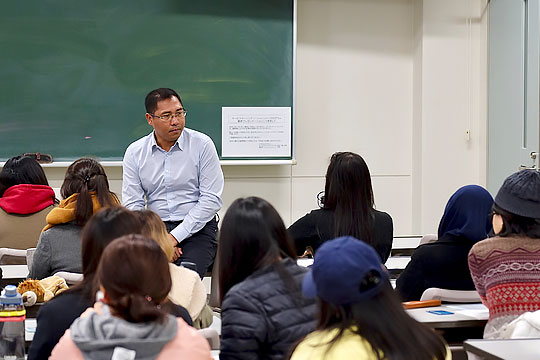 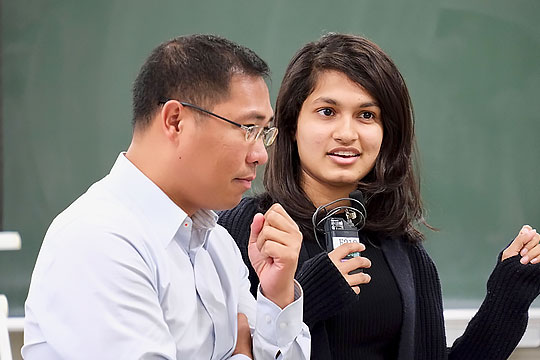 APU boasts an extensive alumni network both in Japan and all over the world. Every year, numerous alumni come back to the Beppu campus to inspire and guide current students thinking of their career paths after graduation. The APU Career Office is dedicated to supporting student success after graduation.