On April 18, a ceremony marked the start of the Iwata Academy - APU/Ritsumeikan Course. The ceremony was attended by 32 first-year Iwata Academy students, their parents, and representatives from Iwata Academy and APU. Also present were the APU teaching assistants (TAs) that will be involved in this course.

During the opening ceremony, APU Dean of Academic Affairs Takeshi Fujimoto offered some words of encouragement before presenting each participating student with an APU library card. Iwata Academy student Haruka Ono spoke on behalf of the new participants. 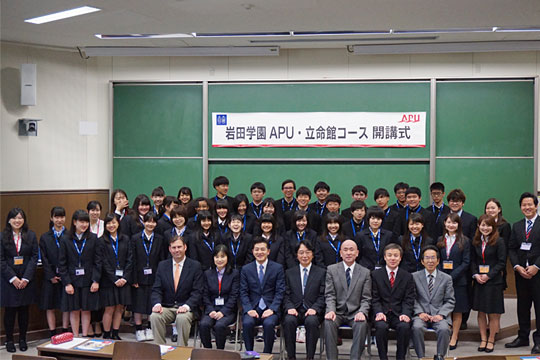 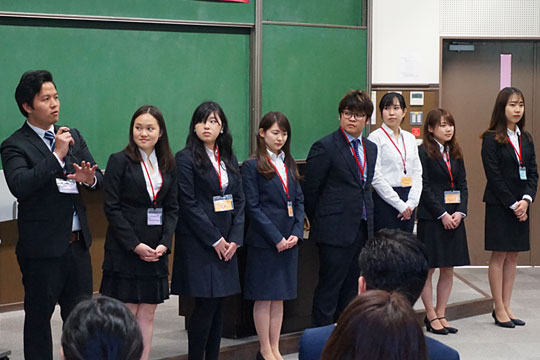 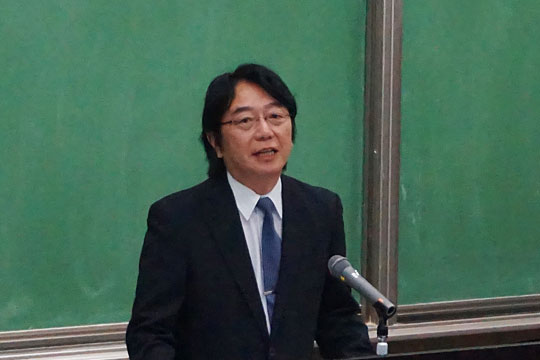 APU and the Oita City-based Iwata Academy signed a university-high school liaison agreement in May 2007 as a way of promoting the development of globally-minded graduates in Oita Prefecture. This agreement led to the establishment of the Iwata Academy - APU/Ritsumeikan Course in April 2008. Including this year's intake, the program has welcomed 221 students from Iwata Academy. Program participants study under a curriculum jointly developed by the two institutions.

That afternoon, the newest participants in the program were able to meet with high school 2nd years who had just conducted field study in Taiwan. At a presentation meeting, students reported on their time in Taiwan and the conclusions drawn from their surveys of 100 Taiwanese individuals. In a question and answer session, new students had the chance to ask about their schoolmates’ experiences. 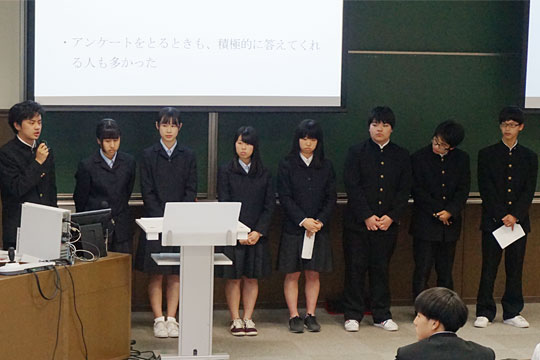 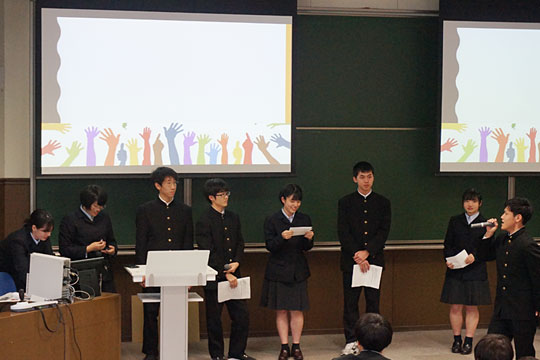 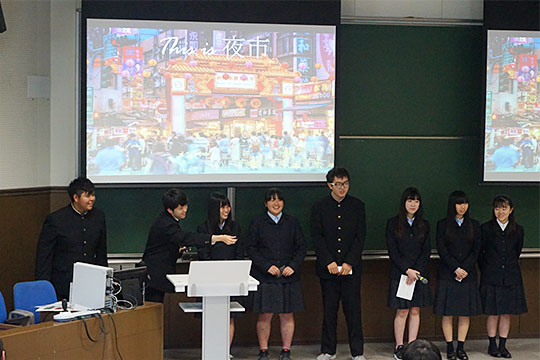 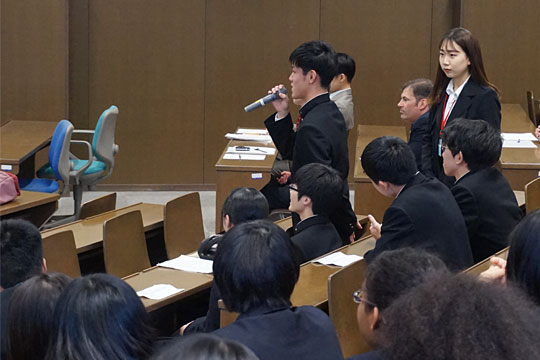