On October 26, Japan’s former Ambassador to Canada Kenjiro Monji presented a lecture entitled “How to Promote Japan: Public Diplomacy and Soft Power” in a Ritsumeikan Center for Asia Pacific Studies (RCAPS) Onigiri Seminar. This seminar was chaired by culture, society and media professor Kaori Yoshida, who completed her Master of Arts and PhD in Canada. 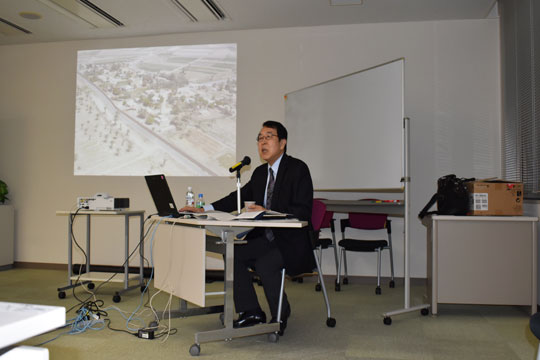 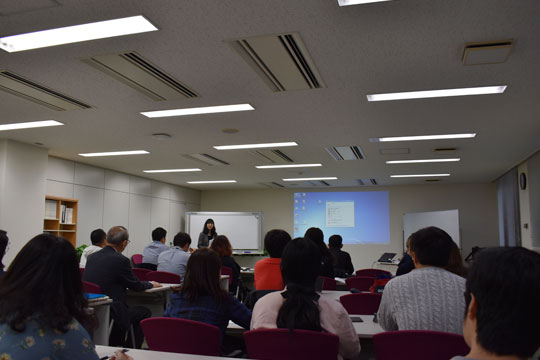 Ambassador Monji’s impressive career with the Ministry of Foreign Affairs of Japan spans overseas postings in Australia, Belgium, and the United Kingdom as well as his position as ambassador in Iraq, Qatar, France (as ambassador to UNESCO) and Canada. One of the main duties throughout his career was to promote Japan to foreigners.

It comes as no surprise that Ambassador Monji takes immense pride in Japan’s culture and heritage. He is an avid fan of pop culture such as manga, anime, cosplay, and Japanese pop idols. Additionally, his self-professed love for Japanese sake is evident through his title of “Sake Samurai,” a title awarded by the Younger Council of Japan Sake Brewers’ Association to 78 people in the world thus far.

During his presentation, Ambassador Monji emphasized the significance of boosting Japan’s image through Public Diplomacy. He pointed out that soft power (i.e. the use of culture, values and foreign policies) can induce the cooperation of other nations by influencing their public opinion. He also posited that while soft power can complement hard power (i.e. economic power and military power), the former cannot replace the latter and might sometimes even work against it. As such, it is necessary for Japan to adopt and implement policies based on “Smart Power,” a proper combination of both soft and hard power.

Instead of using PowerPoint slides, Ambassador Monji shared a wide array of pictures with the audience, most of which were taken during his overseas postings. His photographs ranged from images that unveiled the dangerous conditions of everyday life in Iraq, to portrayals of the vibrant and colorful nature of the Japan Expo in Paris.

By the end of the presentation, the RCAPS Conference Room was packed with faculty members and students, many of whom participated in the post-presentation question and answer session. Some asked about his life in Iraq while others were keen to hear his opinions on Prime Minister Shinzo Abe’s policies to attract foreigners to Japan. Ambassador Monji’s eye-opening presentation had served not only to provide insight into his life as an ambassador, but piqued the audience’s interest in diplomacy.