BEPPU - On December 11, APU hosted an unveiling event for a halal honey soy sauce which was jointly developed between APU, Fundokin Shoyu Co., Ltd., and INSPiRE Corporation. The sauce is certified by the Japan Halal Association, an NPO. It released on January 7 at the APU Co-op and is now available on Fundokin Shoyu’s online shop.

This sweet soy sauce is made with honey, which appears in the Koran as a natural remedy. It has been developed for safe consumption by everyone including those that keep halal. 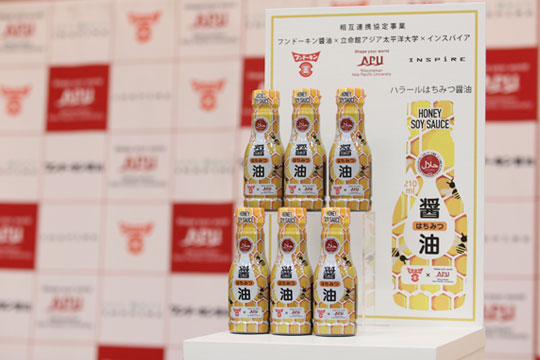 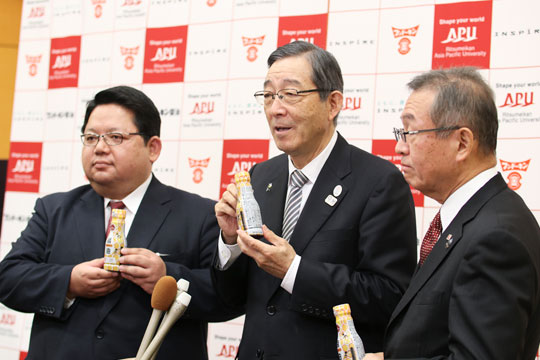 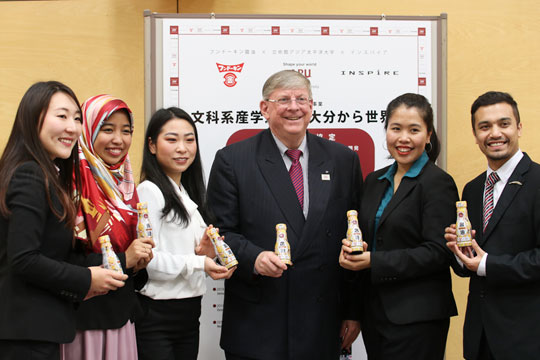 The student team involved with the development of the honey soy sauce was made up of eleven undergraduate and graduate students hailing from several different countries and regions including Indonesia, El Salvador, Singapore, Sri Lanka, Nepal, and Japan. Under the guidance of professors of business Phillip Dean Pardo and Lailani Laynesa Alcantara, the project team carried out taste testing research on roughly 800 people. They conducted interviews and proposed product concepts including packaging and pricing. These on-campus efforts resulted in the production of the sauce by Fundokin Shoyu and its subsequent halal certification. 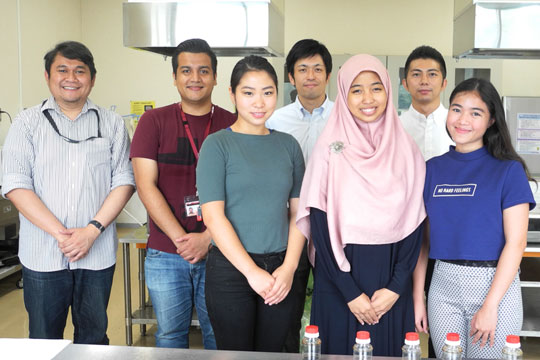 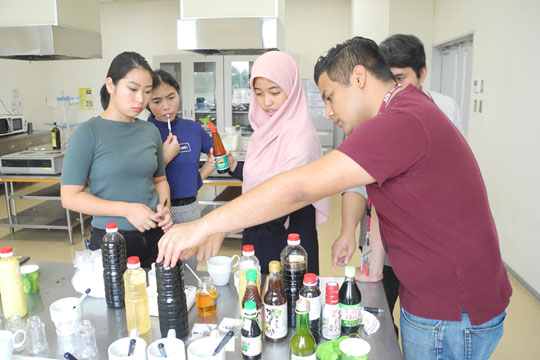 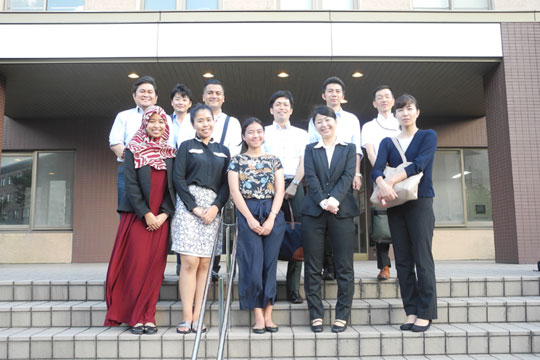 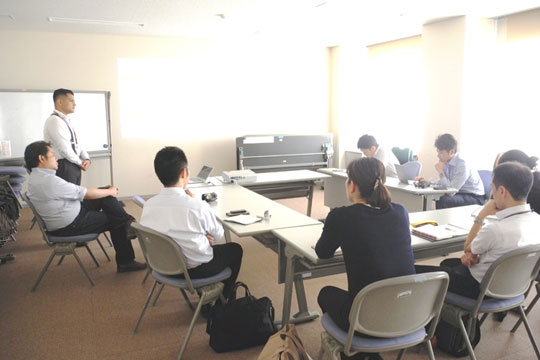 In their presentation on the development process, members of the student project team stated that “We made this product to promote cultural coexistence and a society in which people all over the world can enjoy dining together. Demand for this product exists in the growing inbound tourism market, so we hope that it helps to enable everyone to partake in Japanese cuisine.” Team members gave accompanying examples drawing on experiences in their student life at APU, such as being unable to go eat with their friends due to religious dietary practices.

Commenting on development of the honey soy sauce, APU President Deguchi commented, “I’m sure that you experienced difficulties along the way. Student-led efforts and the help of these businesses brought this product to fruition. I am very glad to see this. I hope that such small steps forward will translate into a greater movement.”