On Monday, April 1, 2019, the Spring Entrance Ceremony was held at B-con Plaza in Beppu City, welcoming 1,003 new students from around the world.

President DEGUCHI Haruaki welcomed the new entrants and offered encouragement: “On behalf of everyone at APU, I extend my sincerest congratulations to all of you on your enrollment. I would also like to congratulate all of the parents and guardians of the new students and other members of the audience here for today’s entrance ceremony. I would like to talk to you about three topics today as you embark on your academic life here at APU. First, let’s think about the meaning that the age of 18 holds. There are many countries in the world, and most of them consider 18 to be the age at which adulthood begins. Japan is also moving in this direction, having already lowered its voting age to 18. In other words, all of you here today are already adults. A human becoming an adult is akin to a wild animal leaving its parents to set out on its own. You must figure out how to live independently and make the money you need to eat and survive. In both your words and your actions, you have become independent.” 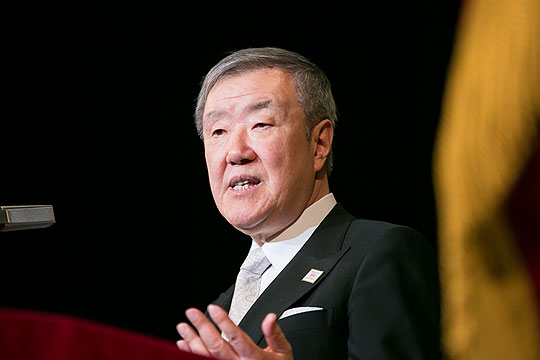 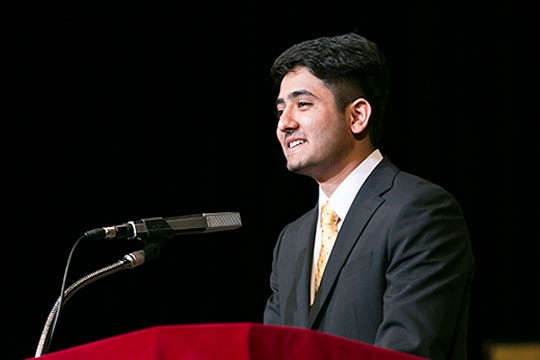 Speaking on behalf of the new undergraduate students, Ms. YAMANO Mirai shared her aspirations for the future: “These days, the world is facing a lot of problems such as nationalism versus globalization. We should be grateful to be here at APU, where we can experience the world firsthand, not through Instagram or other social networking sites, but through personal interactions with people from all over the world. I hope, through learning at APU, each one of us will find a concrete role to help make positive changes in this world, no matter how big or small…In the future, I hope to start up a project for helping people who live in developing countries become self-reliant. Right now, I can still only envision my future in vague terms. However, that is precisely why I will proceed to take on the challenge of various things so that I can bring myself to greater heights through my encounters and learnings at this university. I will endeavor to grow as a person as well through experiencing diverse values and ideas from other countries in addition to what I learn in books.” 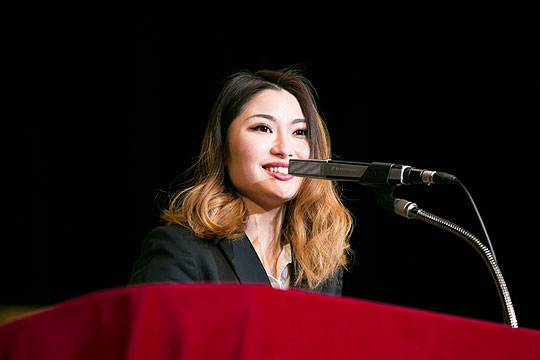 Ms. NGUYEN To Hong Kong then spoke on behalf of the new entrants to the graduate school: “Before embarking on this graduate program at APU, I have actually been living in Beppu for the past year with my husband who is also in an APU graduate program, and my daughter…I have chosen APU not only because it has been home for my little family, but also because it offers one of the most multicultural student body and faculty I’ve ever known in any schools in Japan. Having gone to college in New York, I have always had a deep appreciation for cultural and political diversity. At APU, I find the community to be tight-knit enough for me to build close ties and lifelong friendships. More importantly, having been born in a refugee camp and growing up in a transitional economy of Vietnam, I strongly believe in the ideals that APU aspires for, which are freedom, peace, humanity, and international mutual understanding in the Asia Pacific. Progress and change happen slowly, but we are all planting the seeds of change, learning to let go of our biases and stereotypes…And last but not least, I wish all of my fellow classmates will be engaging scholars and critical thinkers in whatever fields you choose. May you all become your better selves and find the paths you are looking for.” 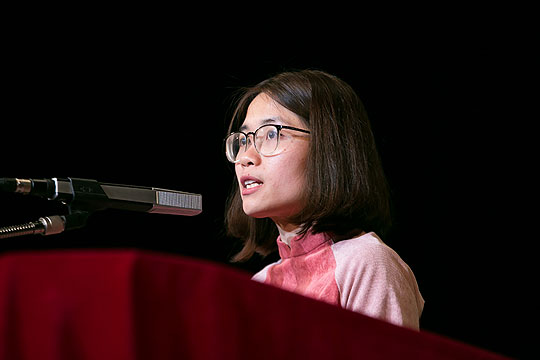 Many current students also came along to the ceremony to welcome the new entrants to APU and enjoyed the colorful performances that followed, including a traditional Indonesian dance and a Japanese dance performance. 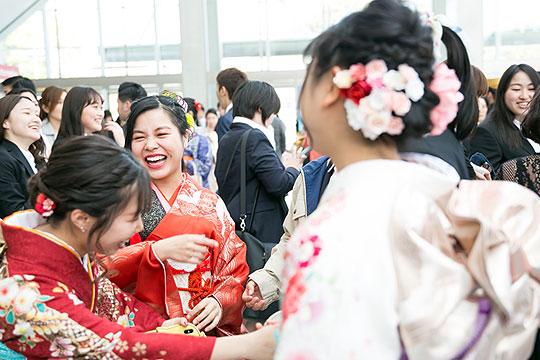 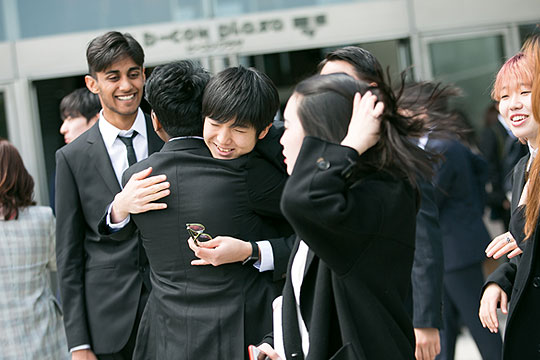 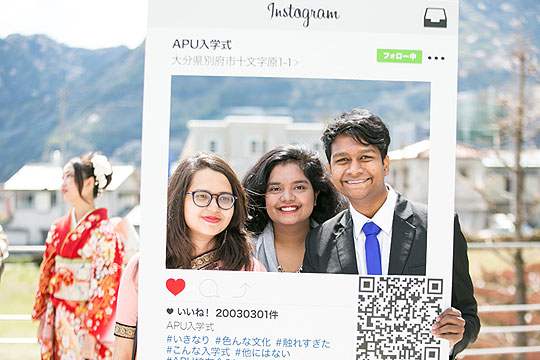 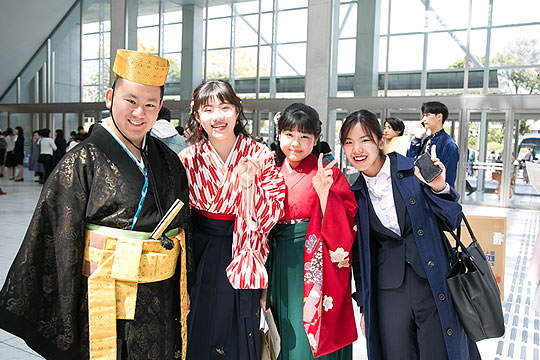 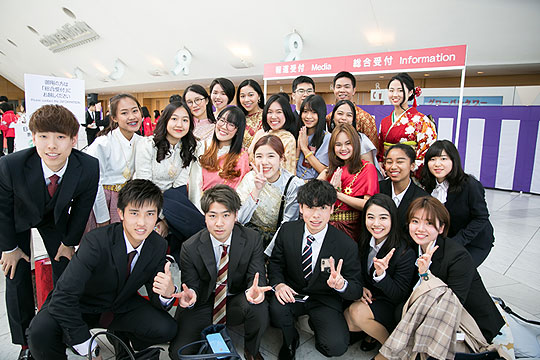 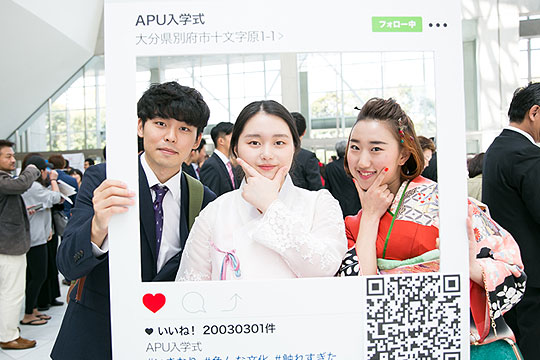 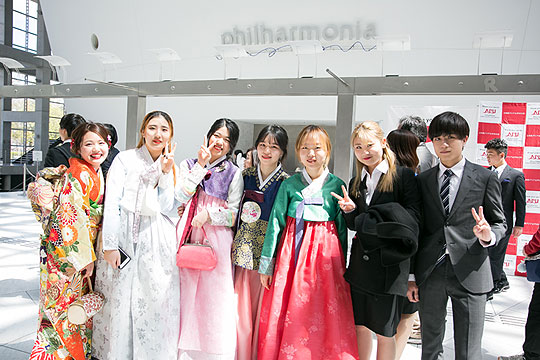 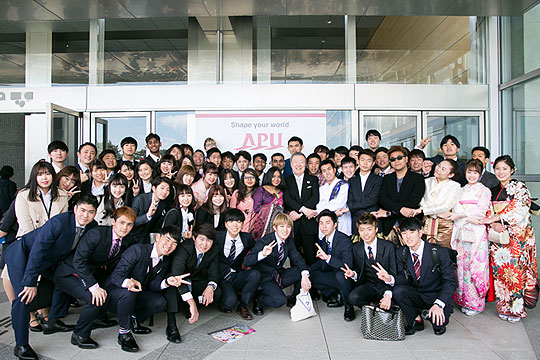 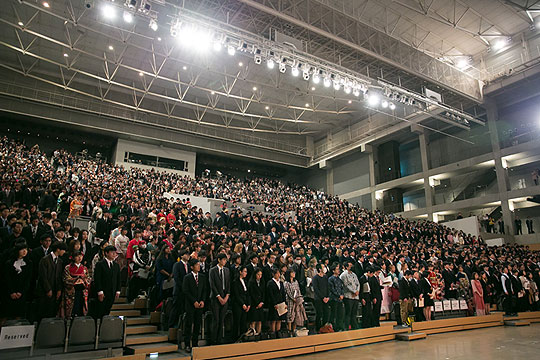 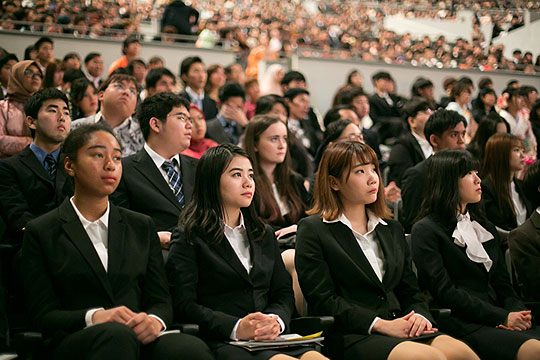 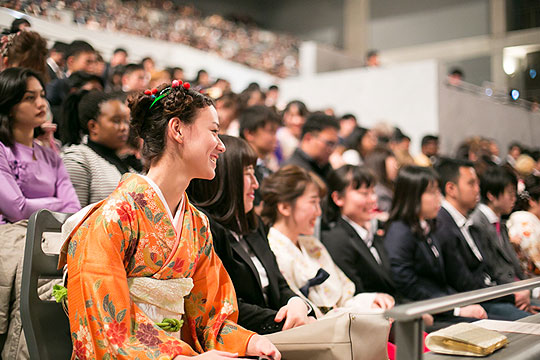 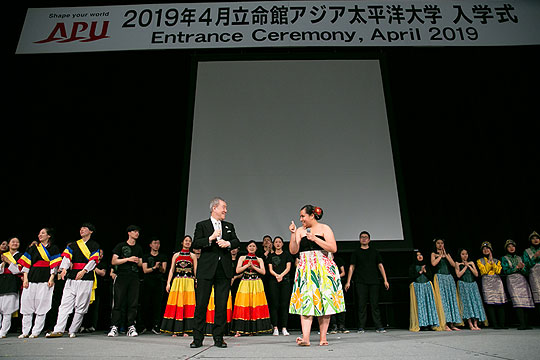