We are pleased to announce that Aswin ’17 in Yokohama, Japan, is one of the winners of the APU 20th Anniversary Logo and Catchphrase campaign. Aswin is one of many who made their voices heard, providing valuable insight into what the APU community wanted for the 20th Anniversary. We’d like to thank them for their picture and hope that everyone will join us in celebrating the first 20 years of APU. 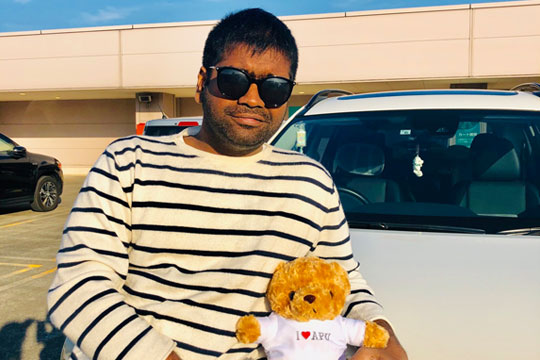