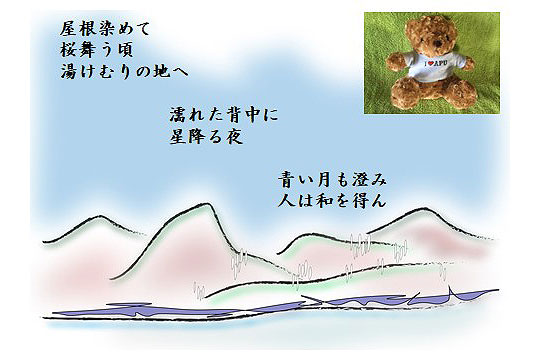 Song of Modern Syllabary: A Vowel Poem
Constructed using almost every syllable in the Japanese language, this poem evokes an image of Beppu in spring.


I’d like to congratulate APU on the 20th anniversary of its foundation.
I am deeply honored to teach the Japanese language to international students from around the world here at APU. I look forward to seeing APU build, expand, and deepen its connections around the world in a variety of forms.