On April 30, APU students participated in an independent EDGE-Next workshop focused on practicing design conceptualization. EDGE-Next is a program sponsored by the Ministry of Education, Culture, Sports, Science and Technology to promote global entrepreneurship. The workshop was led by College of International Management professor Yoshiki Shinohara.

In the first step, students interviewed each other to learn about the type of person they are, the presents they had given so far, how they received gifts, and the context of those experiences. This is the Empathize step of the design conceptualization process.

In the second step, the students organized the findings of their interview, and worked to clarify their own perspective and the needs of their partner. The Define step aims to elucidate problem areas.

The third step, Ideate, involved idea generation. The students proposed ideas to resolve the problems they identified in the Define step. The emphasis in this step was on the quantity rather than the quality of ideas. Some students proposed over five ideas.

In the fourth step, students presented their ideas to their partner, and received feedback on the ideas that caught the interest of their partner and on areas for improvement. The Test step is an important part of translating ideas into a prototype.

In the final step, students reformulated their ideas based on the feedback received and created a prototype based on their ideas. They used various tools to actualize their ideas and thus redesign their partner’s gift giving experience. The workshop concluded with each student presenting to their partner.

APU is one of the cooperating institutions in the Innovation x Diversity x Entrepreneurship Education Alliance (IDEA; led by Kyushu University), a project selected for the Ministry of Education, Culture, Sports, Science and Technology’s Exploration and Development of Global Entrepreneurship for NEXT Generation (EDGE-NEXT) program. 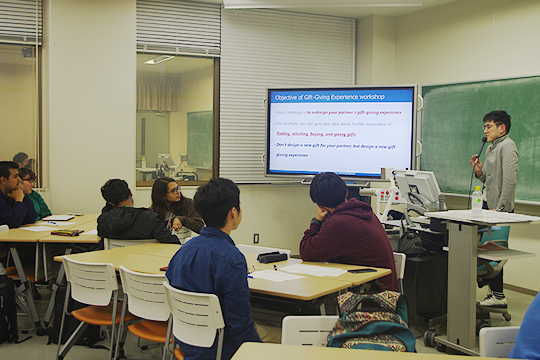 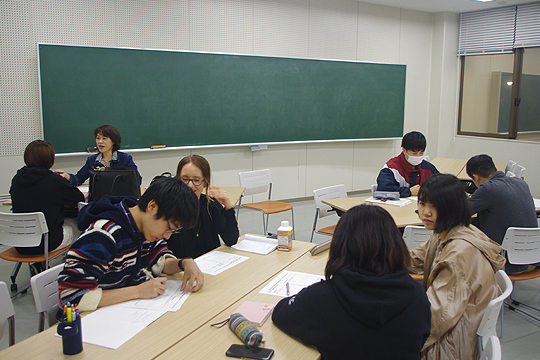 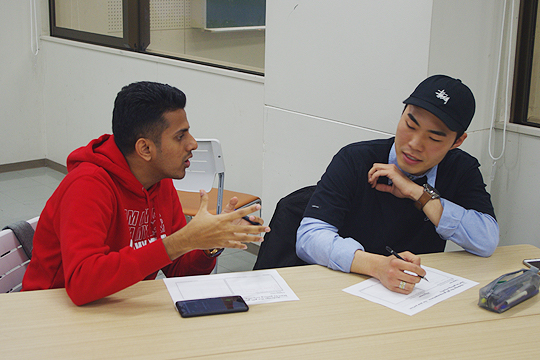 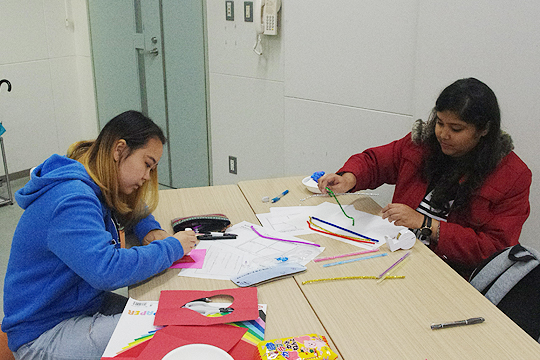 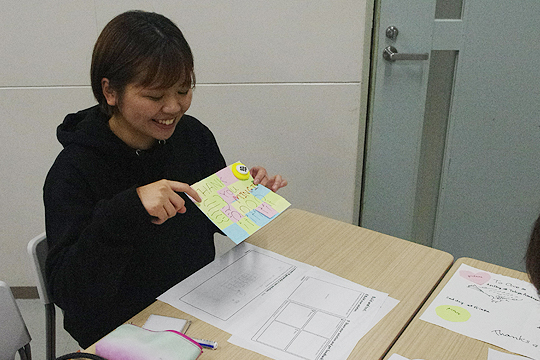 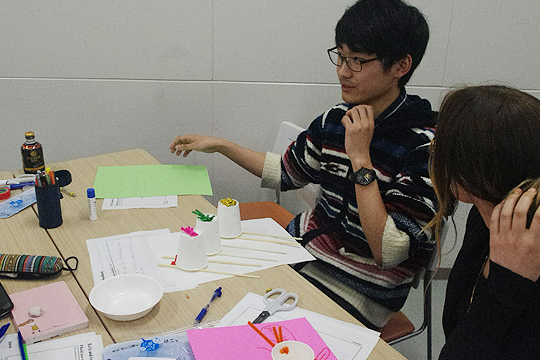