Deguchi Curry, a pre-packed version of the popular Thai curry in the APU cafeteria, has received halal certification for both the red and green varieties. The product is a collaborative venture with Oita food producer Narumi that produces local dishes for all of Japan. Narumi makes and sells the product along with the APU Co-op, which sells the curry on campus.

Upon the release of this new Deguchi Curry, APU President Deguchi, Tomomi Iwakiri (president of Narumi), Misato Moriyama (manager of the APU Co-op), and others who were part of the development and certification process visited Oita governor Katsusada Hirose to discuss the impact of halal certification. Also in attendance were Muhammad Tahir Abbas Khan (head of the Beppu Muslim Association), Altaf Khan (imam of the Beppu Masjid), and fourth year APU student Fakhriyah Ahmad Wadi Aisyah.

Narumi President Iwakiri reported on the difficulties of development to the governor, including how the manufacturing process had to be tweaked several times and that the type of chicken had to be changed. An increasing number of tourists from overseas come to Oita Prefecture, and Governor Hirose welcomes the challenge of meeting their needs. He tasted the curry and said it was delicious. 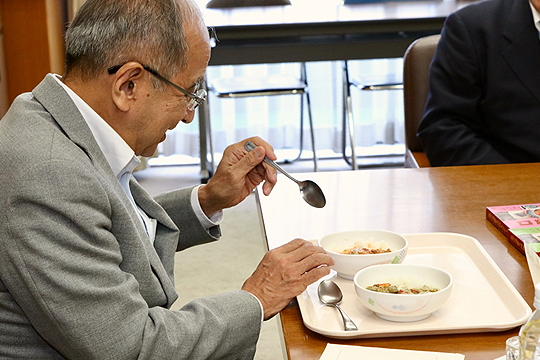 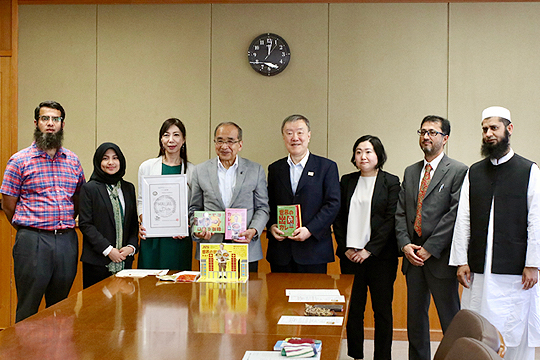 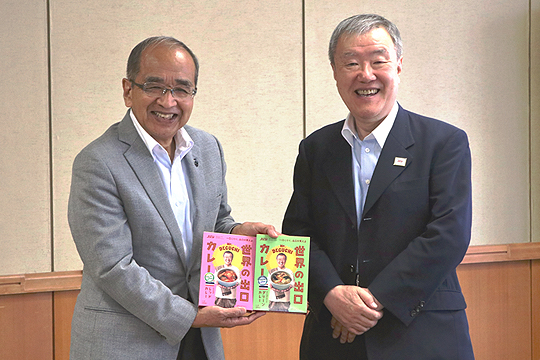 Thai curry was added to the APU cafeteria menu soon after the university opened in 2000. The cafeteria manager at the time listened to student feedback to help international students who may not be accustomed to Japanese cuisine, resulting in the Thai curry that has stayed a big hit ever since. The original curry that went on sale in 2007 was redeveloped three times to create the Deguchi Curry that was released last fall and is now certified as halal. It is rare for a pre-packaged meal made in Japan to obtain halal certification, and this is the first such case in Kyushu. 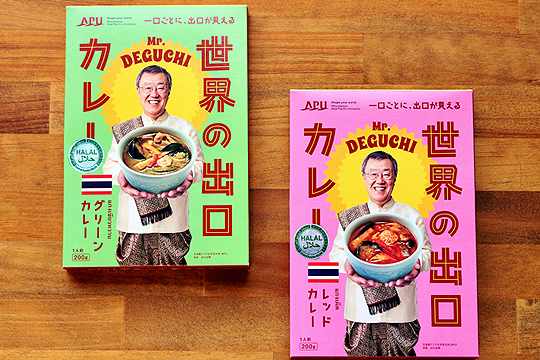