APU will celebrate its 20th anniversary in April 2020. The university invited Celéri Haruhata to give a 20th Anniversary Piano Concert to express its gratitude to Oita Prefecture, Beppu, local residents, and APU students. Two events were held in Millennium Hall on Tuesday, July 2, and Wednesday, July 3. 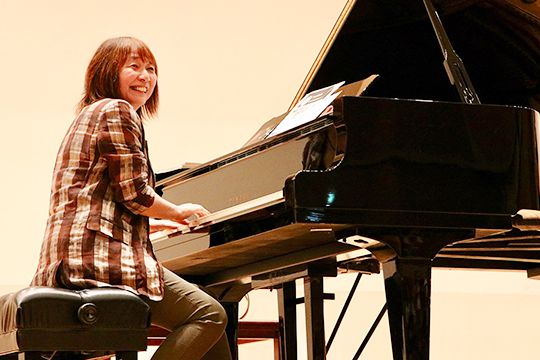 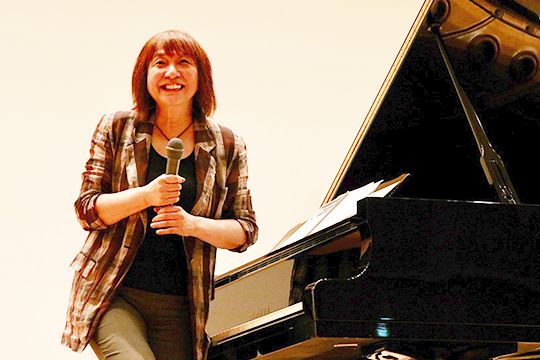 The concert invited audience participation, based on Harubatake’s wish to have the audience actively engage with and think about what music is and what it can contribute to society. She also wanted the audience to experience capturing the essence of music. Harubatake included some psychological tests as well – after playing a song, she asked the audience to tell her what they imagined in their minds while listening and what words came into their head. She played the same song in different styles and asked for a show of hands on which the audience liked best. She then played some of her own compositions written in collaboration with the children’s book, Zetsumetsu Kigushu No-oto (The Sounds of Endangered Species).

Listening closely to the sound of the music, the audience had a gentle and enjoyable experience. They were able to consider the essence of music and how to use it as a tool for conveying a message to the rest of society.