As part of a special project commemorating the 20th anniversary of the opening of APU, Dr. Ezra F. Vogel, author of “Japan as Number One: Lessons for America” and other works, Academic Advisor at APU* and Henry Ford II Professor of the Social Sciences Emeritus at Harvard University, was invited to APU to hold a special guest lecture on Friday, November 15, 2019 entitled “China and Japan: Learning from Each Other.” It had been six years since Dr. Vogel visited the university, with his last visit being in 2013. 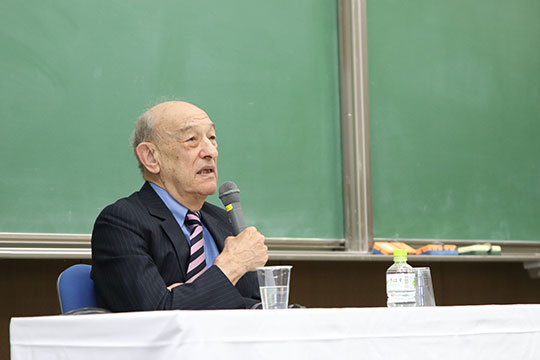 Since the Japanese missions to Sui China around the 600s, China and Japan have both influenced and learned from one another. Using that long history as a context, Dr. Vogel’s lecture touched upon the relationship between the two countries in recent years and provided a wealth of suggestions on how their future relationship should be forged going forward. Approximately 100 attendees, including APU undergraduate and graduate students, faculty members and members of the general public, listened intently to what he had to say. 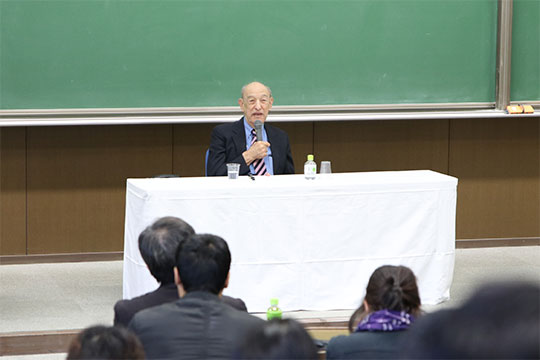 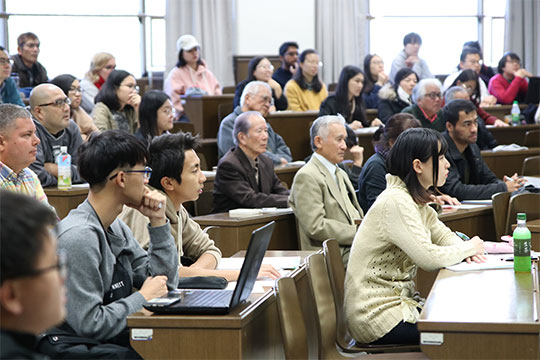 * Academic Advisors support APU particularly for the advancement of education and research. Advisors include Nobel Prize winning scholars as well as prominent researchers and individuals from various educational fields, representing countries and regions across the world. Academic Advisors are invited to APU-hosted conferences and special lectures, contributing to the vitalization of education and research through direct interactions with students and faculty members.