On December 7-8 APU hosted the APU Japan Business Case Competition (JBCC) 2019. Sponsored by the HSBC Group and modeled on case competitions* often held as part of business school education overseas, the JBCC is conducted in English for undergraduate students in Japan. Operating since 2015 under the direction of the JBCC Implementation Committee, JBCC aims to provide students with a stepping stone toward participating in international competitions. Students participate in teams, which are given a business problem. The teams then devise a solution to the problem, put together a presentation to propose their solution, and their solutions are evaluated against those of the other teams.


This year 32 teams from ten universities around Japan applied to compete in JBCC. A panel of 12 judges including directors and executive officers from global corporations in fields including finance and personnel services screened video submissions from the applying teams, finally selecting nine teams from eight different universities to gather at APU in December for the competition.


In the preliminary round on the first day of the competition, each team was given just three hours to come up with solutions to predetermined problems, drawing solely on their own knowledge and ideas, with no access to the internet or books. The problems were “social contribution activities by finance companies” and “developing e-commerce business in China.” The teams each gave a 20-minute presentation and responded to incisive questioning from the judges. The results were close, but in the end Team TU (Tohoku University), Team EVENA consulting (APU) and Team Varination (APU) were selected to advance to the final. 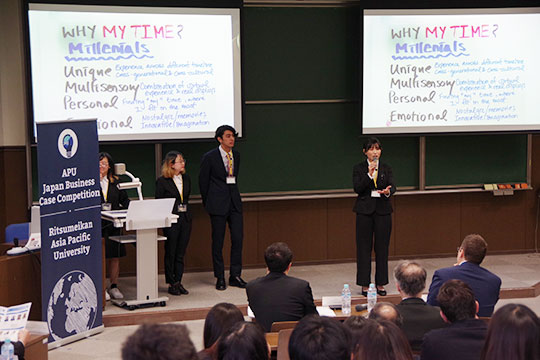 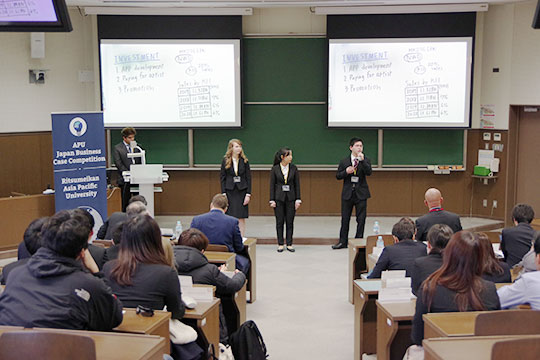 On the second day, the finalists formulated their solution to a final problem and presented their case in front of the judges and an audience of around 100. The problem for the final round was, “How to attract customers born in the 2000s to a shopping mall in Hong Kong, using the themes of art and education.” Following a rigorous examination by the judges, Team TU (Tohoku University) emerged victorious, earning the right to compete at the HSBC Group’s international business case competition next year. The Best Speaker award went to Hong Ngoc Nguyen from second place Team EVENA consulting (APU), who elicited smiles from the audience in the course of her presentation. 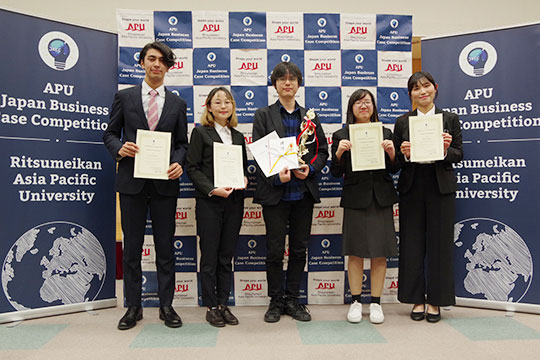 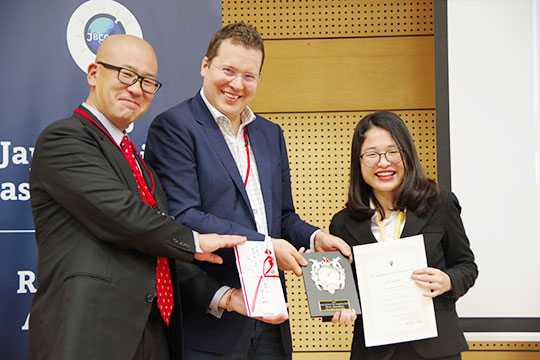 *Case competitions are team-based competitive events designed to improve participants’ applied thinking, teamwork, problem identification skills, and other abilities. These competitions originated in the United States, and are now held throughout the world. Competitors are presented with a business problem and are required to propose a solution through a case study of the company. Proposal content and presentation quality are evaluated by judges, including representatives from the company used in the business problem. Competition rules vary, but generally each team is composed of four students, and they are given a limited time of around 24 hours to work on the assigned problem and prepare the presentation of their proposed solution.