In 2010, APU Story: The Birth of Japan’s “Global Cooperative” University was published in Japanese as part of the 10th anniversary commemorative project. The book traces the history of APU’s founding, describing how the university, which has strived to address the pressing issue of globalizing Japan’s universities and education, came into being, the expectations of the first batches of students, and how those students made their dreams a reality while overcoming myriad difficulties.

In April 2020, APU turned 20. To spread the word to as many people as possible about APU’s founding, we have worked with the publisher to create PDF version of the Japanese edition, which is now available alongside the English translation on the official APU website.

As we celebrate our 20th anniversary, the situation around the world and the state of Japan's higher education continues to change significantly. Amid this backdrop, we hope everyone in the APU community and beyond will read APU Story, and take this opportunity to reflect on how APU was founded, think about the path that APU should take forward as an international university, and what we can do to make the university a better place. 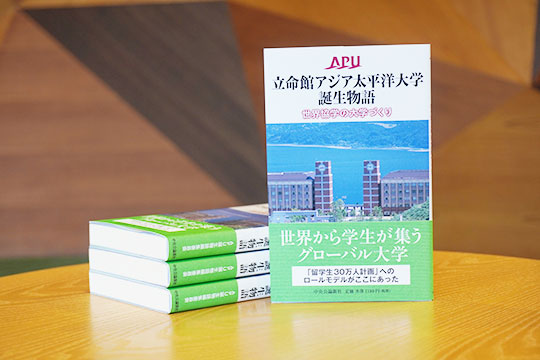